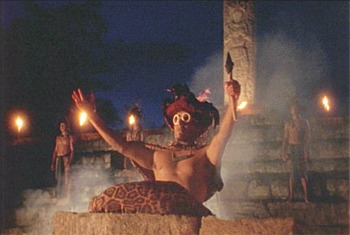 Share
Providence Pictures delves into some of the mysteries of the world in their critically-acclaimed documentaries.

Founded in 1996 by Gary Glassman, Providence Pictures specializes in enticing documentaries on science, history, art and culture, with the goal of uncovering an almost forgotten and hidden world to the people who lived in the past, including "The Secret Lives of Dinosaurs" which aired in 1999 and "Lost King of the Maya" which aired in 2001. These compelling stories have earned critical acclaim and high ratings worldwide thanks to their engaging subject matter, seamless flow, stunning photography, powerful narrative, and simplicity into which complicated or past themes are presented.

Over the years, Providence Pictures has collaborated with some of the greatest educational landmarks, including Yale, Harvard, and the Whitney Museum, and TV stations, especially the Discovery Channel and PBS. NASA claims that Glassman and his team have produced "the best documentary about NASA since the days of Apollo." Other past projects include shows like "The Lost Mummy of Imhotep," "Ancient Skywatchers," and "Transistorized!" a film by Glassman that won the Science Journalism Prize from the American Association for the Advancement of Science.

The company produces about three one-hour shows each year, but they are working toward developing more programs for the Discovery Channel in the coming year. Premiering this fall will be the company’s latest project on Egypt called "Women Pharaohs." The idea for the show came to Glassman while he was touring the ruins of Pompeii, the southern Italian city that was destroyed by a volcanic eruption. Amazingly, the city and its inhabitants were perfectly preserved in their everyday occupations and are mute witnesses to life in one of the greatest cities of the ancient world.

"I realized these people are just the same as us. I think that’s what I love about producing shows on ancient cultures," says Glassman. "Lessons of the past may illuminate our lives in the present and future."

"Women Pharaohs" narrates the history of an unknown female cult and the influence of women rulers on Egyptian society. Their names are mythic — Cleopatra, Nefertiti, Nefertari, and Hatshepsut — and we have read about them in history books or seen Hollywood reproductions of their lives. These icons of extreme beauty, sexual appeal, and richness, wielded unchallenged power and influence over male rulers. Archeologists have found in the excavation of the Temple of Karnak and in the necropolis of Thebes, signs that uncovered a major power source of these legendary women rulers. Statues and hieroglyphs that were found tell us that there was a 400-year period of a mysterious female cult called "The Gods Wives of Amun" which usurped the supremacy of male pharaohs.

The documentary was shot in three weeks on location during March 2001 and one week of recreation in Providence during the month of July. The footage includes amazing animation created by Meteror Studios in Montreal and a beautiful original score composed by Ed Tomney.

Providence Pictures counts on the help of numerous professionals both in-house and on the field. The choice of Providence as base was coincidental: Glassman followed his wife who had accepted a position as a professor at Providence College. After a great experience with Boston producer, Marc Etkind, who hired Gary to edit a show for the Discovery Channel, Gary founded Providence Pictures to produce his own shows.

The company also offers production services to support those who want to produce their own show. Their staff of professionals can arrange a production’s every demand: pre-production needs such as location scouting, casting, research and development; production services like equipment rental, costume design, crew, audio, lighting, and location management; post-production needs like editing, avid rentals, animation, graphic design, multimedia and Web site development.

In the future, the company is planning to produce more educational and entertaining shows that will unveil for television viewers the mysteries of the world.