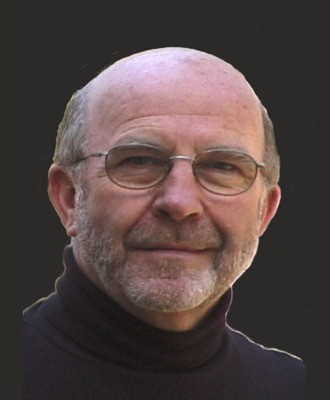 On May 1, 2001, Cobweb Films burst upon the Rhode Island scene, further reducing our dependence on Hollywood. According to Tony Lockwood — Cobweb’s founder, President and CEO — the need will continue to diminish now that the Northeast has a "mini-Dreamworks" in its backyard.

Cobweb Films is a one-stop shop that takes movies from script to screen. That includes budgeting, financing, and production management. The goal: to digitally produce back-to-back, high-quality, commercially viable feature films at a fraction of the cost of a major studio production. Teaming up with Cobweb is Sonalyst Studios, which provides sound stages and state-of-the-art production facilities, complete with crew. Sonalyst — all 70 acres of it — is in Connecticut off I-95, making it a perfect venue for local movie making.

Cobweb Films plans to make five $2 million feature-length movies in the Ocean State for worldwide distribution, just for starters. Why Rhode Island? "Why not?" would be the likely response from Providence Mayor Buddy Cianci, considering his leading role in making Rhode Island one of the most film-friendly states in America.

Cianci’s plan is to draw an ongoing stream of independent films to Rhode Island to hire local actors and technicians, fill hotels and restaurants and otherwise inject cash into the economy. Blockbusters aren’t the main target since they don’t tend to hire hometown talent. The government’s efforts to bring Hollywood to Rhode Island are evident. Lockwood, for one, notes the "tremendous assistance Cobweb Films received from Rhode Island’s politicians and film commission." Other production companies in the state are apt to second that.

And the Credit Goes to… Rhode Island Investors

"An important part of the reason we’re based in the state," says Lockwood, "…[is] the 25% tax credit offered by Rhode Island." Meet Senate Bill SOO-2675 — which passed last July. This innovative bill gives Rhode Island residents a state tax credit if they invest in a $300,000 to $5 million movie that shoots its primary scenes in state. More specifically, local investors can subtract 25% of their investment from their state taxes. If the credit exceeds what they owe for the year, they can use the excess in future years. Currently, only Missouri offers a similar tax credit, but it applies to just four films a year. In Rhode Island, no investor goes unrewarded.

Due to this tax credit, investors, who will ultimately own 40% of Cobweb Films, stand to make a substantial return. This is especially the case if Cobweb kicks in up to 20% of additional financing, further lessening investor risk.

The Weaving of a Cobweb Project

Speaking of cobwebs, you may want to dust a few off those old scripts, the ones that deserve to see the light of day that is. Cobweb is glad to take a look-see at "good, solid stories" including mysteries, comedies, or family-type movies. But, save your effort if the project involves gratuitous sex and violence. You can also scratch the mind-blowing effects. Cobweb is looking to make $2 million pictures, not $50 million extravaganzas.

If a story catches their interest and the price is right, Cobweb and its distributor, LifeSize Entertainment, will determine its marketability. Not necessarily to show in American theaters, which are primarily reserved for the multi-million dollar club (though the movie would be technically perfect to show). More likely, you’ll find Cobweb films flickering across screens in foreign markets, depending on which cultures they interest most. England, for instance, tends to like American movies and is where Cobweb has particularly strong distribution pull thanks to Giles Maberly, a director of Cobweb Films. Maberly, also a lawyer who represents high-profile British entertainers (and now two successful daughters in the biz), has extensive contacts in Britain’s entertainment industry.

Domestically, Cobweb targets video, standard and pay-TV and the multitude of cable channels, all of which have proven profitable. What’s profitable? An example is a $2 million movie that yields $5 million over three years. Multiply this by a string of such movies and you’re looking at a very decent profit indeed.

How can Cobweb Films make high-quality, marketable films for $2 million a pop? Digitally.

Digital production techniques are revolutionizing the movie industry. While Cobweb will use 35 mm film when necessary (say a project needs the higher contrast levels film can provide), digital technology is winning out by requiring less set up time, less demanding lighting and by slashing studio budgets by at least 20%. Plus, digital cameras let you see a project while shooting it, instead of waiting for rushes and praying.

As mentioned earlier, Sonalyst Studios is a production powerhouse. It boasts three sound stages (one measuring 15,000 square feet), a recording studio, a post-production facility with online Avid editing suites, an animation and graphic design department and an 18,000-square-foot scene shop staffed with carpenters and set designers. Throw in art directors, editors, animators and musicians, and you’ve got one tough act to follow outside the Hollywood system.

Plus, each stage offers silent atmosphere control (that can suck machine-made fog from a scene in minutes), a 33’ x 44’ x 26’ cyclorama (a curved background with no corners or shadows, often used for "green-screen" special effects) and a flying grid (a heaven-send for gaffers who, during quick lighting changes, find the lights lowering to their level instead of vice versa). Essentially, you only need to leave Sonalyst for location shooting in… you guessed it, Rhode Island.