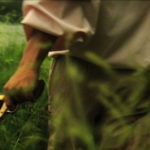 New England Connection: Born, raised and has worked as a filmmaker for most of my life in Vermont.

Director(s) Bio:: Rob Koier has written and directed five narrative shorts, two documentaries and one feature-length film entitled, “Quantum Wave”. In addition he has taught college-level classes on editing and editing theory. Koier has received a CAT grant from the Ben and Jerry’s Foundation for his thirty- minute short film, “Clean.” Koier’s short film, “Love/Hate”, won Honorable Mention at the Vermont International Film Festival. His short documentary, “Strength of the Storm”, received grants from the Vermont Community Foundation, High Meadows Fund and Bissell Foundation. This film aired in the United States on VT PBS and Maine PBS and internationally on PRESS TV. The Weather Channel interviewed Koier live to promote the Vermont premiere of “Strength of the Storm”. Koier was a recipient of a fellowship to attend the 2013 Stowe Story Labs. Koier’s narrative short, “North Star” was selected for the 2014 PBS Online Film festival and “North Star” also won the Footage Farm USA award at the 2014 Vermont International Film Festival. Koier owns and operates Rob Koier Films, where he works with a group of award-winning filmmakers to produce his personal films as well as hundreds of videos since 1999 for non-profit and for profit companies. 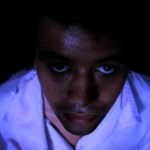 Matty Tanner in The North Star.