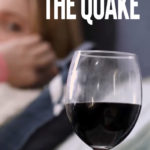 Jessica tries to DTR (define the relationship) with her boy toy, Brian, in the middle of an earthquake.

Director(s) Bio:: Director Karine Bagoumian grew up in LA after moving from Russia at the age of 9. After working on several Indy and commercial crews she decided to channel white boy energy and pursue directing. The Quake is the first of what she hopes will be a long list of fun, gutsy and honest story telling. 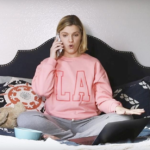