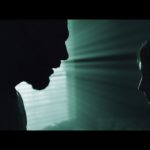 Tension grows as a tired married couple are forced to deal with each others issues because if they leave… The creatures outside will make them regret it.