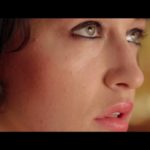 The Nature of the Flame burns softy as two young dreamers cross lives and paths in a supernatural landscape. This existential journey was filmed in The Providence Zen Center, the historic Newport Cliff Walk and the natural environments of Portsmouth, Rhode Island. Lindsey Elisabeth Cork and Jocelyn Padilla star as a wandering spirit and her ethereal mentor-sage. Writer/Director Mike Messier and DP/Editor Chris Hunter co-produced the The Nature of the Flame as the debut by Rhode Island South Filmmakers Group.

Director(s) Bio:: Writer/Director Mike Messier has won eight awards in film and local television, including a Regional Associated Press Award and a Regional Emmy Award Nomination as an Associate Producer on the documentary Haiti: Triumph, Struggle and the Sorrow of a People. As an Actor, Messier has a principle role in the USA Network film Hard Luck, playing the son of a character played by Cybill Shepherd (Taxi Driver, The Last Picture Show, Moonlighting). Messier also shares a scene with Meryl Streep and Elisabeth Shue in the theatrical release Hope Springs. Messier also is an experienced Acting Coach of C.O.R.E. A.C.T.I.N.G. and Tao Zen Acting (taozenacting.com), having worked with students from age nine to seventy-three. Messier's work as Writer/Director includes the award winning shorts The Actor, The Nature of the Flame, the feature film Blood! Sugar! Sid! Ace! and The Wrestling With Sanity Short Film Trilogy.

Budget: $350 not including already own equipment 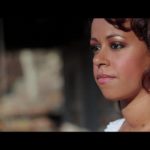