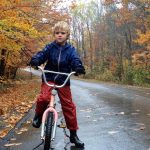 Born in NYC 1967, Josh Outerbridge has lived in Maine since the early 70's. Worked in the arts for the better part of his life-ceramics, painting and film. His most notable credit to date is a golden globe nomination for best art direction on In The Bedroom. He has written over a dozen screen plays, three novels and has produced/written/directed three short films. Still dedicated to film making with eyes on two low budget feature scripts to direct, he lives in the mid-coast with his family.