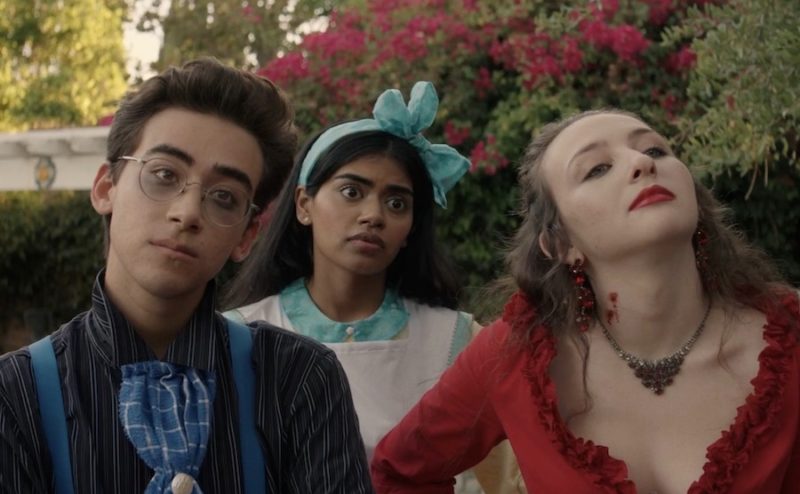 The Salem Film Festival will take place online this year from July 10 through July 30. Learn more at salemfilmfest.com/2020.

The Maine International Film Festival will be held July 7-16 at the Skowhegan Drive-In Theatre. Tickets and festival passes available. For a full schedule and more information, visit miff.org.

The New Hampshire Film Festival has been postponed to October 2021. Learn more about submitting to next year’s event at nhfilmfestival.com.

The Rhode Island International Film Festival announced their opening night will be held at the Rustic Drive-In in Smithfield, RI. Most of this year’s programming (August 4-9) is free except for several World Premiere titles available at $2.00 per program; Drive-In double features are $15 per carload. For more information, visit http://www.rifilmfest.org/

While public programs are canceled through the end of August, Boston’s Museum of Fine Arts offers virtual screenings, with new selections added every Friday. To learn more and rent films, visit the MFA website.

Calls for entries for NewEnglandFilm.com’s 2nd Annual New England Film Star Award, a grant worth over $3,000 in equipment and in-kind services, is now open. Applications are free. The mission of the award is to benefit a filmmaker who has been marginalized in mainstream cinema due to their race, gender, sexuality, class, able-bodiedness, and/or other factors. The finalists will be announced on NewEnglandFilm.com in October 2020, and the winner will be announced at the Women in Film/Video New England Annual Meeting in November. See application and eligibility guidelines.