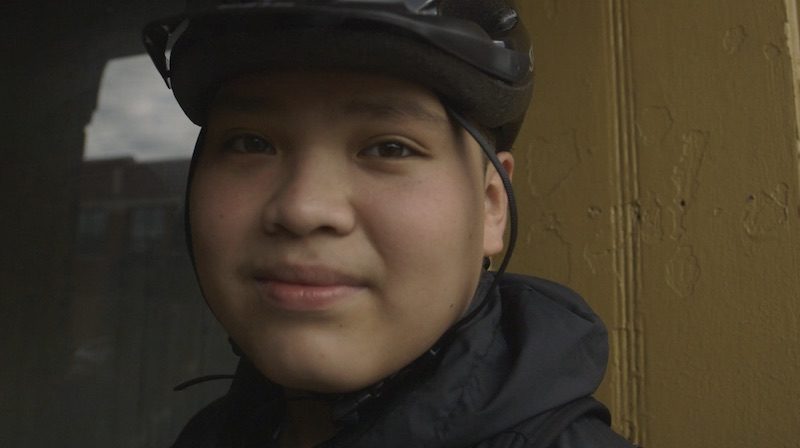 Celebrate the Camden International Film Festival September 12–15 in Camden, Rockport, and Rockland, Maine. The festival will feature the world premieres of eight films, and North American premieres of nine films. Check out a full schedule and more here.

The Maine Outdoor Film Festival continues this month. The festival celebrates films about conservation and the outdoors; screenings will take place at several locations around the state. Learn more at maineoutdoorfilmfestival.com.

Emerson College’s Bright Lights Film Series has announced its Fall line-up for the series, which is free and open to the public. The series opens with Booksmart on September 17.

The DocYard kicks off its fall season this month. The first screening will be Midnight Traveler on September 9 at 7:00 pm at the Brattle Theatre. Screenings are followed by filmmaker discussions. For a full schedule and more information, visit the DocYard website.

The Mass Production Coalition’s Fall Meeting will take place on September 23 from 6–9 pm with cocktails, networking, and presentations. Learn more and register here.

Maine hosts the International Maritime Film Festival September 27–29. Events and screenings will be held at the Alamo Theater in Bucksport. For more information, visit maritimefilmfestival.com.

Boston’s Museum of Fine Arts’s Sunset Cinema concludes this month with its final free outdoor screening on the Huntington Avenue lawn, featuring music, art, and games 90 minutes before showtime. This month, watch Us on September 12 from 6:00–9:30 pm. Learn more here.

Sony has released the first trailer for the upcoming feature Little Women, which was filmed in Massachusetts last year. Directed by Greta Gerwig and starring Saoirse Ronan, Laura Dern, Timothée Chalamet, and Emma Watson, the film comes out on December 25. Watch the trailer here.

Stowe Story Labs announced the participants in its 7th Annual Narrative Film Lab to take place this month in Stowe, Vermont. The list includes several sponsored fellows, including Victoria Lucia, who is the NewEnglandFilm.com Fellow this year. For more, see their news.