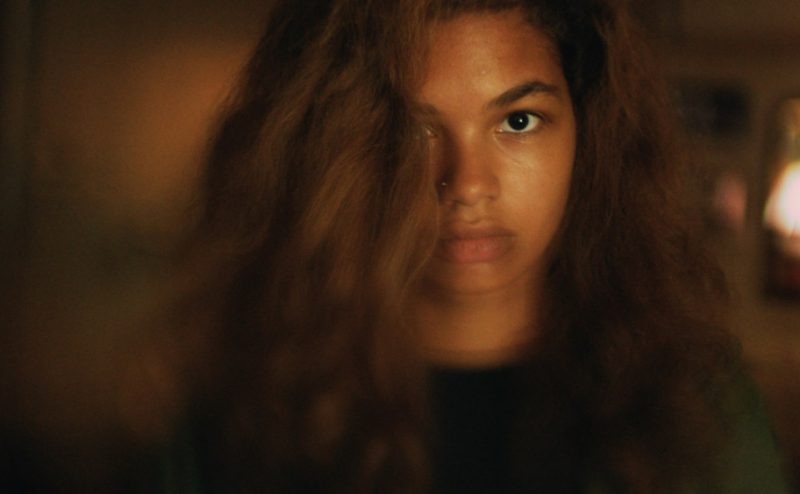 Helena Howard appears in Madeline's Madeline by Josephine Decker, an official selection of the NEXT program at the 2018 Sundance Film Festival, has received several Chlotrudis Award nominations. Courtesy of Sundance Institute | photo by Ashley Connor.

The Bright Lights Film Series, presented by the Department of Visual and Media Arts at Emerson College, spring series starts February 5th. The series is committed to screening at least 50 percent of films directed by women and crafting a diverse program including filmmakers of color, queer cinema, and films dealing with disability. The full program can be found here.

The Boston Israeli Film Festival runs February 7–14. Films will screen at several different venues, including the Museum of Fine Arts, Emerson College, and West Newton Cinema. For a full schedule and tickets, check out the festival website.

The Banff Mountain Film Festival tours the United States this winter, visiting Connecticut, Maine, Massachusetts, and New Hampshire this month. Check out the festival website for dates and locations.

The Massachusetts Production Coalition hosts its Winter Meeting on February 25 from 6–9 pm. The reception and presentations will take place at WGBH in Boston. Learn more and register here.

The 44th Boston SciFi Film Festival—the longest running genre film festival in the US—takes place February 8-18. In partnership with the Somerville Theatre in Davis Square, the festival brings 11 days of films, panels, parties as well as the 24-hour ‘Thon (film marathon). Most screenings will be followed by in-depth Q&A discussions with filmmakers and experts. For schedule, tickets, and information, visit www.bostonscifi.com.

Over 300 members of the film community joined together on Jan. 27th, 2019 to celebrate the 25th annual SAG awards. Attendees enjoyed a buffet, cake, and a chance to walk the red carpet. After the broadcast, they held a post show raffle and awarded grand prizes to those whom were able to pick/match the most winners on a handed out pre-show ballot.

Gravitas Ventures will release Massachusetts filmmaker Cheryl Eagan-Donovan’s documentary Nothing Is Truer than Truth on February 12. The film, which focuses on the 16th century life of Edward de Vere, will be available on DVD and several streaming platforms, including iTunes and Google Play. Learn more here.

Nominations for the 25th annual Chlotrudis Awards were finalized by the film group’s nominating committee, ahead of its March 17th awards ceremony, as Chlotrudis marks its 25th anniversary.  Films featuring unique takes on dance came away with the largest haul of nominations among the 34 films selected, with the experimental Madeline’s Madeline earning eight nods, and the Suspiria remake grabbing six. Both films had nominations in the same categories, among them Best Movie, Director and Supporting Actress. See their website for details.

Massachusetts college students or recent graduates can submit films to Salem Film Fest’s Mass Reality Check student documentary shorts program. Filmmakers selected to screen at SFF 2019 (March 29 – April 4) receive a pass to the festival and are eligible for an award and prizes. The submission deadline is Friday, February 22 – for more information visit their website.
The Nantucket Film Festival is open for submissions. For deadlines and fees by category, visit the festival website.

The Independent, the 40-year old film publication, is seeking a new organization, institution or individual to take it over. See their call for proposals due March 1, 2019.

Applications for the 2019 Stowe Story Labs opens on February 14. Stowe Story Labs brings top emerging creative talents from around the world together with seasoned industry professionals to help get projects made and seen. More information at https://stowestorylabs.org.