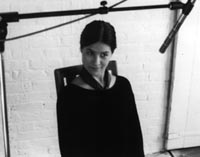 Share
Profiles of two new films underway in Boston -- 'Loaded Gun: A Search for Emily Dickinson' and 'Have You Seen Andy?"

Whether you are walking on the Cobblestone streets of Boston, sailing on the waters of Gloucester, or hiking on the beautiful greens of Western Massachusetts, you could be on the grounds of an upcoming film.

Filmmakers are moving beyond the studios of LA and New York City and making films in landscapes throughout the New England region. Throughout the next few months, NewEnglandFilm.com will highlight various films that are in production throughout the region and give you the scoop on the locations, crew, and how to be involved. So watch out because a film crew might be setting up in your hometown.

"Loaded Gun: A Search for Emily Dickinson" has been shot in two Massachusetts locations: Boston and Amherst. The hour long documentary focuses on the frustrated filmmaker’s search for an actress to play Dickinson in his film. How is a 21st Century director supposed to depict one of the greatest poets of the 19th Century? Struggling to find the answer, he resorts to Hollywood and puts a casting call in "Variety," selecting 20 actresses from 900 hopefuls. The auditions are juxtaposed with interviews in which questions such as "Are you in love with death?" are asked by various experts, including a professor, psychiatrist, psychic, artist, historian, and biographer The goal of the filmmaker is to illustrate Dickinson’s contemporary and international appeal. Audiences will see a rock band perform two of Dickinson’s poems; a Dickinson "Poetry Walk" through the streets of Amherst; an actress who performs in character as Dickinson every Sunday at a hotel brunch; and other modern day scenarios. The playful approach to Dickinson’s rise to stardom is intended to capture a large audience — her established fans, students, and the general public, and even those resistant to poetry. In turn the comical actions that take place throughout the film should bring the audience back to the source of the film, the poetry of Dickinson.

The film’s director/producer, Jim Wolpaw has also written and directed the film "Complex World," and was nominated for an Academy Award in 1985 for his documentary short, "Keats and his Nightingale: A Blind Date." He has also produced and directed a documentary about rock icon Bo Diddley, among other short documentary works.

Producer, Steve Gentile, has produced two animated short films, "The Ant Who Loved a Girl," and "The Soldier," which have won numerous festival awards worldwide. Most recently, he has worked as a screenwriter, having three hour-long teleplays produced by Roger Corman. In addition, he has also edited 6 indie features.

Wolpaw and Gentile met back in 1988 when Gentile was the editor of Wolpaw’s feature film, "Complex World" (Hemdale). "Loaded Gun: A Search for Emily Dickinson" is their first co-production.

They are in the final stages of post-production in a studio near South Station and are not currently seeking crew, but look for a regional release of the film in libraries, museums, and independent theaters. ITVS will also offer the show nationally to PBS, and it will screen locally on WGBH.

"Have you Seen Andy"

Filmmaker Melanie Perkins brings us to Higgins Memorial Pool in Lawrence, Massachusetts to retell the story of a tragic event that happened in August 1976. "Have you Seen Andy?" is a personal story of Perkins childhood friend, Andy Pugilisi, who disappeared from the pool while playing along with dozens of other children. Twenty-two years later, Perkin’s has decided to find answers to the mysterious disappearance of her friend in this still unsolved case.

The film documents new and startling information about Andy’s disappearance and the facts surrounding the case. "Have you Seen Andy" re-examines the six-day national search for Andy that has been re-opened as a result to the film’s research.

This film is not a sensationalistic piece because it is seen through the eyes of Andy’s childhood friend who is still haunted by his abduction over two decades ago. "Have you Seen Andy" is an intimate look at the search for a missing child from a friend who wants answers and closure.

The project is currently in fund-raising phase with 80 percent of the documentary shot. Call or check out their web site to find out if the production is seeking crew.