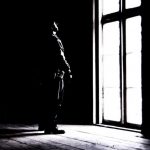 A carpenter boarding up an abandoned house for the winter must fight to survive when strange events begin to occur. But how do you fight what you can’t see?

New England Connection: Joe Guarneri has spent the last twenty years living in Los Angeles, pursuing a career as an Actor as well as working in the film industry as a Director/Producer. Originally a Rhode Island native, Joe made his way back to shoot his short film Alone at the historical "Longfield House" in Bristol, RI. With kind and gracious help from George T. Marshall (RIIFF/Festival Director), Joe was able to premiere Alone at The Greenwich Odeum in the Rhode Island International Film Festival.

Director(s) Bio:: JOE GUARNERI is an accomplished actor and filmmaker. Winning both a Best Supporting Actor award and a Best Feature Film award as a producer for The Craving Heart available at Amazon.

Born and raised in the state of Rhode Island to a Graphic Design Artist and a Lt. Colonel of the National Guard, Joe's love for the movies inspired him to make the move to Hollywood.

Starting his career as a professional actor by studying at such notable schools as the Stella Adler Acting Academy, A.C.T. (Actors Certified Training), and The Groundlings to name a few.
Then continuing to hone his craft on stage with eccentric characters like (Peter) The Zoo Story, (Apples) A Hatful of Rain, (Murk) Savage In Limbo...on TV as (Svelt Chubowski) Enlisted: 20th Century Fox...and in film as (Sgt. Parella) in The Atticus Institute {also available at Amazon/Hulu} and (Peter) in the Netflix release of Mercy.

GUARNERI credits catching "the director's bug" to Mr. Eugene Laserev, of the famous Moscow Art Theater, after completing his Directors Master Class. And went on to direct a few of the great stage productions such as Danny and the Deep Blue Sea, Savage in Limbo and The Elephant Man.

And now showcasing his talents as a Director, Producer and Actor...
Guarneri (nominated for Best Actor in a Short, AOF Fest 2017) portrays a carpenter, fighting to survive, in his presentation of the supernatural thriller ALONE. 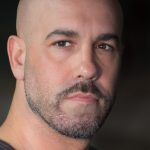 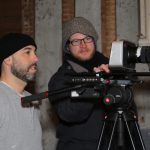