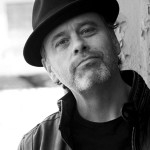 Babbitt, perhaps a “renaissance man,” was born into an ambitious and talented family (Mom is Natalie Babbitt of “Tuck Everlasting” fame; Father, Samuel Babbitt, (distinguished academician, author, professional stage actor). Tom is a semi-pro musician / singer / songwriter / composer, having studied music theory and composition in school, and having played music and performed for over 40 years. He's directed (edited, acted in) four music videos to date, most recently using his song, "Tell Me" (see festival selections using above links). A former Senior Art Director, he worked in advertising and design for over 2 decades; He is a feverish animator (20+ little films, most recently Natalie Babbitt's "The Something"); he's an illustrator, cartoonist; he's designed chairs and clocks and film sets; His day job is as a licensed Psychotherapist (LCPC) in private practice (it’s true!) here in Maine - a truly remarkable and powerful pursuit he remains devoted to - as he makes films with his partner, Francine Zaslow (veteran Boston Photographer), and draws his endless frame-after-frame animations. I have lived in the New England area for close to 40 years. I went to school in Amherst (Hampshire College); lived in the Boston area for 15 years, Maine for 20... My parents lived in Providence, RI for 30 years - my father both a VP at Brown University, and a veteran stage actor at the great Gamm Theater in Providence.