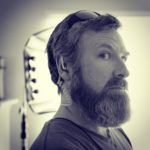 Originally from Boston, Mass, Ted Campbell is a screenwriter and director who specializes in thoughtful, character driven thrillers. Ted will direct his heist thriller "Underground" with producer Ellen Wander of Film Bridge International. His contained, crime thriller “Blue Motel” won the Grand Prize in Your Script Produced screenplay competition. Ted will direct “Blue Motel” with Doval Bacall Films producing. Ted is a member of ISA’s Development Program. And was named to ISA’s Top 25 Screenwriters To Watch list. Ted finds inspiration in the works of the great noir writers Dashiell Hammett, Raymond Chandler and Ross MacDonald as well as his screenwriting idols Scott Frank, Shane Black, Tony Gilroy and Richard Wenk. A twenty year veteran of the film industry, Ted has worked as a First Assistant Director on over fifty independent feature films including Dwight Little’s “Last Rampage”, Lea Thompson’s “The Year of Spectacular Men” and Wash Westmoreland and Richard Glatzer’s Sundance award-winner "Quinceañera.” Ted’s ultimate career goal is to one day write a line of dialogue as infamous and beloved as “Go ahead. Make my day,” “I’m the one who knocks,” or “Yipee-ki-yay, motherf*cker.” Ted is a graduate of Emerson College and lives in Los Angeles with his amazing wife and son.