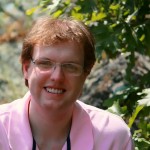 “There’s nothing wrong with being weird.” Mike grew up in Central Massachusetts, cursed with a last name that nobody can properly pronounce (it simply rhymes with “mail”). Being hatched into a family of artists and teachers, he began studying classical and improvisational piano music on his own at the age of seven. As a teenager, he began formal studies in classical, jazz and blues piano in addition to the bass guitar. He began performing professionally for restaurants, bars and parties, and with various jazz and rock bands after high school and throughout the course of his studies at Fitchburg State University where he majored in history. After graduating Magna Cum Laude in January of 2010, Mike enrolled in the Berklee College of Music’s online extension school where he studied composition and audio engineering. He received a Professional Certificate in Arranging in May of 2012. As well as music, Mike also works in fine art photography focusing on the natural beauty of the world and its abstract, slightly sticky darkness. He also enjoys unconventional filmmaking inspired by such directors as David Lynch and Tim Burton, showcasing the stories of such wonders as Sasquatch and a plate of cookies. Mike works throughout New England as a professional pianist, bassist, and composer, and throughout the nation as an online audio engineer.