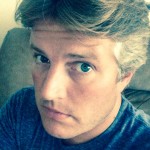 Matt Bouldry has been working at C.P. Casting since 1993. He has coordinated hundreds of auditions and cast hundreds of actors in feature films, episodic television, commercial advertisements, corporate films, and whatever else came along that needed some good, local talent. Matt is also the Registrar of the Acting Studio at C.P. Casting and coordinates and maintains the acting training program. Overall, he oversees and manages C.P. Casting's day-to-day business operations and is responsible for making sure everything is on schedule and on point.