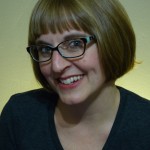 Jennifer Potts, a screenwriter, theatre and film director, and producer, proves that life does not need to slow down when you get to the middle. Jennifer graduated from Drew University in 1992 with a BA in Theatre Arts. Jennifer founded and ran Cornerstone Performing Arts Center in Fitchburg, MA where she oversaw a small non-equity theatre company and directed multiple productions every year. In 2012, at 41 years of age, Jennifer returned to school to study film/video production at Fitchburg State University where she wrote and directed two short films and was awarded 2014 Film Student of the Year. Jennifer is currently working toward an MFA in Writing for the Stage and Screen at New Hampshire Institute of Art and is in development for her first feature film, The Extraordinary World of Cecily Blinkstop.