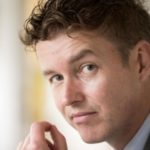 Dan Hannon has written, developed and punched up original screenplays for Paramount Pictures, Sony Pictures Animation and Warner Independent Pictures, as well as highly successful production houses including Di Bonaventura Pictures and Happy Madison Productions. He slid into the director's chair for award-winning live action drama/sci-fi short THE POND, starring Alicia Witt and David Morse, currently in distribution with Shorts Entertainment Networks following an international film festival run, limited theatrical exhibition and Academy Award® consideration. Hannon is also Co-Founder of the New Hampshire Film Festival and its Young Filmmakers Workshop for high-school students, and has served as the Outstanding Writing in Film judge for Emerson College's EVVY Awards. He is a Magna Cum Laude graduate of the University of New Hampshire and is represented by William Morris Endeavor (WME). Born and raised in a suburb of Boston, Hannon spends as much time as possible in New England with his family and is a volunteer alpine racing coach within the U.S. Ski & Snowboard Association during the winter season.