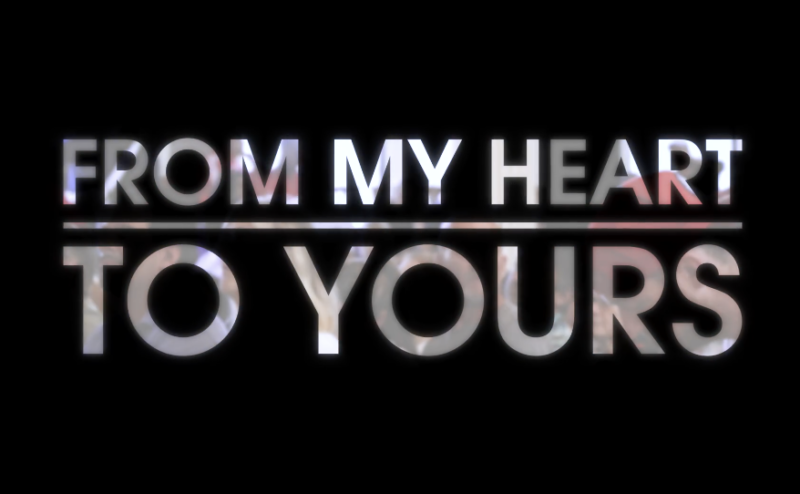 Festival Interview 2020: From My Heart to Yours

NewEnglandFilm.com talks with Stuart Roelke about his film From My Heart to Yours, which screens in the 2020 Online New England Film Festival.

Stuart Roelke’s latest film From My Heart to Yours delves into the world opioid epidemic through community work and healing in the City of Somerville. The film won the First Runner-Up Documentary Jury Prize for the 2020 Online New England Film festival, where you can watch the film for free through October 14. Here, Roelke talks about the inspiration for being a filmmaker and the film itself.

Stuart Roelke: I went to school to become a painter, but—upon taking classes—quickly moved through many different majors. My studies included woodworking, metalsmithing, illustration, video game design, filmmaking, and programming; I was taking seven classes a semester. Upon moving to Massachusetts, I fell in love with—and wanted to become an integral part of—the local film scene. It seemed like fate, because film is versatile; film can encompass most aspects of art.

Roelke: How the availability and use of opioids have impacted the lives of many individuals, and ways that the City of Somerville is working to stamp out stigma, support individuals in recovery, and listen to the community as a whole.

Roelke: From My Heart to Yours was intended to address the stigma that still surrounds opioid addiction. However—while working on the documentary—I learned about “intersectionality,” which is a framework for understanding how a person’s race, sexual identity, class, health, etc. all affect their ability to succeed in America. This theory doesn’t just apply to those in recovery, either. Intersectionality reveals that we are all complex beings with different experiences, and this inevitably changes how we respond to society. It is especially important for those with social privilege to understand this framework as well, because it promotes tolerance as a key to fixing contemporary societal issues.

Roelke: Overall, I felt like I didn’t speak to some of the core issues that people in recovery face. I felt like an outsider looking in. I probably learned more after finishing the documentary than while filming it. I hope that’s what people take away from this. I want to inspire a desire for understanding and compassion. I don’t believe that journey is ever over.

NewEnglandFilm.com: What has been the reaction to the film?

Roelke: The Somerville [Massachusetts] premiere was one of the most memorable screenings for me. We had a Q&A with many people who helped make this documentary possible. I was in awe of how composed all of them were while responding to complex questions. I felt like I had so much to learn. Not just about recovery, but about grace. So many of these individuals had gone through–or worked in–recovery, and they spoke with such benevolence. It was such an honor to have worked with them.

Roelke: I was actually brought on board by Erica Jones at Somerville Media Center. I have a lot of technical know-how when it comes to filmmaking, but I’m also new to the area. So, I completely relied on Erica—and her years of experience in Massachusetts–to make this documentary the best that it could be. I think her and I both knew that making a subpar documentary would have been incredibly damaging to the subject matter, and this understanding led to some great teamwork.

Roelke: I’m still fairly inexperienced, but I can honestly say that the technical aspects of filmmaking hold a special place in my heart. I have very little interest in writing or directing, and I usually work with someone that can fill that role. The best advice I can give is to “put your good where it will do the most!” Don’t shy away from mutually beneficial relationships. Filmmaking is hard work regardless of what you’re doing, so it’s best to be honest when it comes to strengths and weaknesses. If you try to fill all of the roles yourself, you’re likely making a biased vlog (while missing out on some very rewarding experiences).

From My Heart to Yours screens at the 2020 Online New England Film Festival at NewEnglandFilm.com.