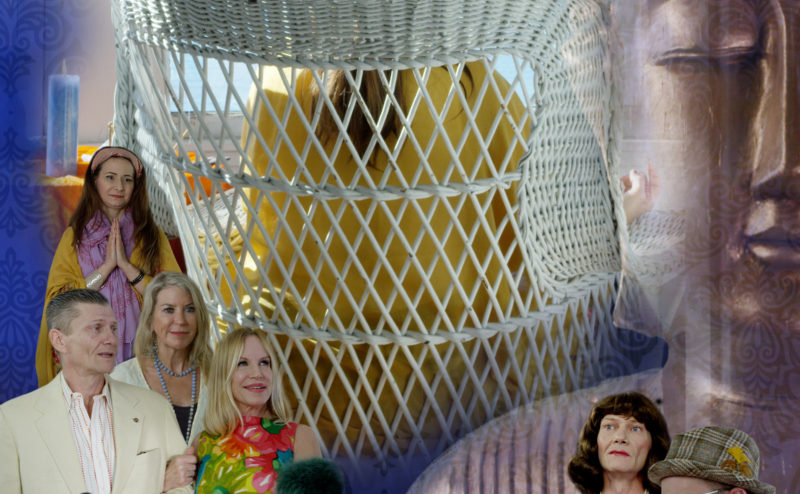 NewEnglandFilm.com talks with Rich Vaughn about his film Sandra Says, which screens in the 2020 Online New England Film Festival.

Rich Vaughn: I worked briefly as a PA in the 80’s and fell in love with the filmmaking process. No film school, just started shooting. Recently I did receive some basic edit training from, the Media Arts Center, in Hamden Connecticut. This allowed me to create a rough cut of my vision, which eliminated a lot of frustration, and saved money.

Vaughn: I was mainly inspired to make Sandra Says by the opportunity it presented to work with a top-notch cast and crew.

Vaughn: We’ve had one private screening so far. There were several laugh points but the “beauty tip scene” and the “tub scene” were especially well received.

Vaughn: I was able to put the perfect cast together from actor and comedian friends that I’ve worked with in the past and friends that they suggested for various roles. Regarding the crew, a filmmaker friend of mine turned me onto Media Arts Center for another film I was producing. Ever since, nothing less will do.

Vaughn: One of the messages in Sandra is – One is best served by being open-minded to new and different ideas.

Vaughn: One of the messages in Sandra is: One is best served by being open-minded to new and different ideas.

Vaughn: My advice is to relish and respect the collaborative nature of filmmaking, and never give up.