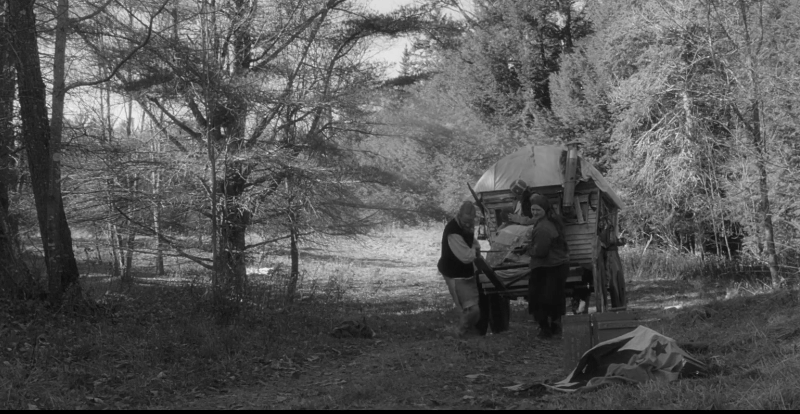 NewEnglandFilm.com talks with John Griesemer and Whittaker Ingbretson about their film Little Beeri’s March which screens in the 2020 Online New England Film Festival.

John Griesemer talks about the short film Little Beeri’s March which he co-directed with Whittaker Ingbretson. The film screens at the Online New England Film Festival through October 14 at NewEnglandFilm.com.

John Griesemer: I came into it via acting in films professionally. On the job training, I guess. I’ve been around long enough to see performing arts go from everybody doing theater and nobody being able to afford to make a film to now when theater is the expensive art and everybody can make films with technology they carry in their pockets. In upcountry NH & VT, it’s easier to get people together to make a film than it is to find and rehearse a cast for weeks, plan a run, book a venue, and pull in an audience night after night to do a show on stage.

Griesemer: We’d made a seven minute short for a 48-hour film slam. The assignment was “foreign film with subtitles.” We came up with a peasant family’s harrowing journey to see a movie. We liked the characters. I think it was Whittaker who said, “What if we sent them to war?”

Griesemer: Many in the gang have been making short films, competing alongside and against each other in local film slams, doing projects locally in all sorts of iterations.

Griesemer: It’s about making money off war. It’s not exactly like today’s moment has more of a lock on that compared to any other era, but if and when we get ahead of this pandemic, well, sure as anything war will be ready to return to its starring role.

Griesemer: The overwhelming, ineluctable certainty that it was 20 minutes of their life well spent.

Griesemer: We’ve got a production company—The Brave Sea Captains, LLC—and we’re scheming to make things under Covid. We’d shot a short, The Minister of Loneliness, before the pandemic hit. Sad, but it seems painfully appropriate now, even though it’s a comedy—sort of. We might do a sequel or a series.