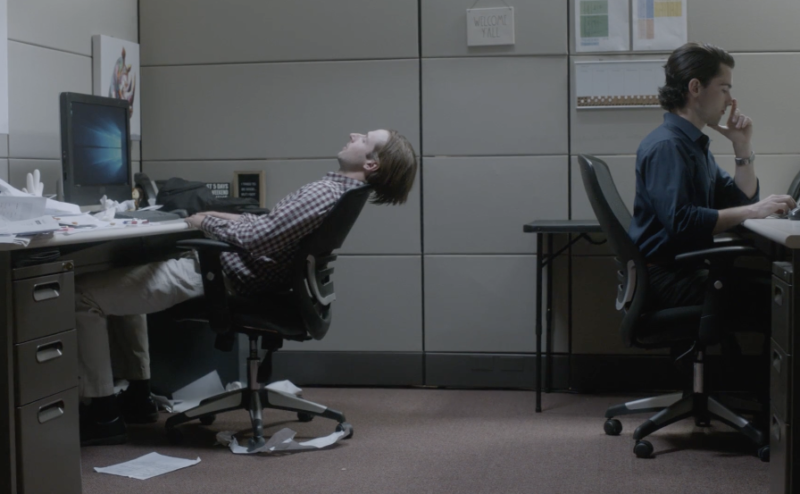 NewEnglandFilm.com talks with Lucrezia Mozzato about her film George, which screens in the 2020 Online New England Film Festival.

NewEnglandFilm.com interviewed filmmaker Lucrezia Mozzato, about her latest film George which explores life and personality in the modern office. George, which premieres at the 2020 Online New England Film Festival, is available to watch online.

Lucrezia Mozzato: I’ve always been interested in the behind the scenes process of creating a film. I’ve taken a couple of video production classes in high school and as a student at the University of Hartford I would like to experience the different positions on a set.

Mozzato: I originally wrote the script freshmen year and I also like The Office. I wanted to make a comedy in an office where employees are supposed to be professional and add a little dramatic twist to it.

Mozzato: I found most of my crew on the New England Film site. I met my actors through friends/family and on Backstage.

Mozzato: There’s at least some point where everyone has experienced something or someone that has annoyed them to the fullest especially in a work environment. In some cases, we end up discovering something new that most likely changes our opinion on whatever it was that we were annoyed at. A small moment or interaction can make a bigger and positive impact on a person.