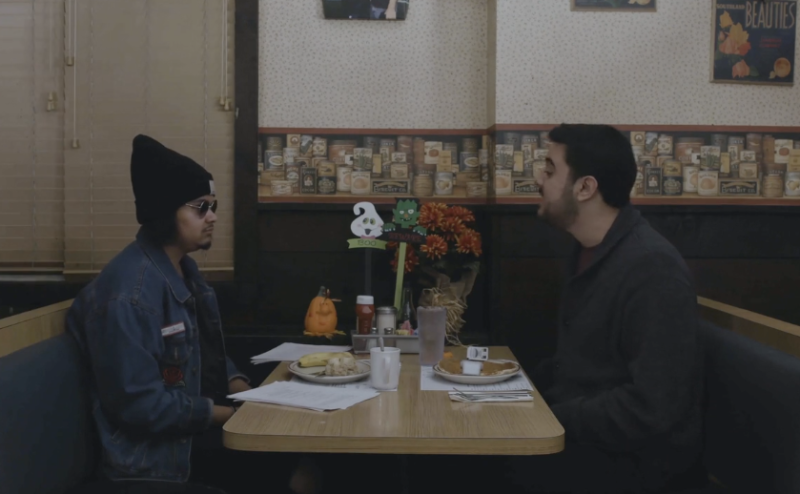 NewEnglandFilm.com talks with Marion O’Sullivan about her film Creepshow, which screens in the 2020 Online New England Film Festival.

Marion O’Sullivan: I knew I wanted to be a filmmaker when I was around 10 years old. As I was entering elementary school, accessibility to online videos and recording devices became more common. I made stop motion animation films with my brother and friends and discovered that I had a passion for telling stories and just never stopped. I went to film school to achieve a more concrete understanding of how films are made and gained invaluable experience and life-long friends and crew members.

O’Sullivan: I’m a huge fan of the horror genre, especially the classics from the ’80s, but it’s exhausting to watch how women were objectified and used as plot devices instead of real characters. I wrote Creepshow as a satirical discussion to illustrate some of those thoughts.

O’Sullivan: Creepshow has already been shown at a screening at the University of Rhode Island. The screening was in December 2019 and was a collection of work that students in the advanced filmmaking classes had made that semester. Our professor showed Creepshow last to end on a comical and lighthearted note, and most of the advanced students had a part to play in it.

Due to COVID-19, our senior year was cut short, so we didn’t realize that that would be our last screening together. Although no one could have predicted this, it’s bittersweet that my last screening as a student ended with this film. It’s a project that I will cherish forever because it involved so many people that are close to me that I didn’t have the chance to formally say goodbye to before we graduated.

O’Sullivan: All the cast and crew members were classmates of mine at the University of Rhode Island.

O’Sullivan: I want people in the industry to be able to have open and honest discussions about the ways women are objectified in film. We should be able to hold ourselves and each other accountable and work toward more positive and engaging character developments. When we as women tell our stories, I want to be taken seriously. So while Creepshow may be a satirical and comical conversation, it holds a lot of truth about the way women are undervalued in “classic” horror films.

O’Sullivan: I hope people are still able to appreciate horror as they always have, but are able to recognize and address the ways women are used as plot devices for the male gaze, rather than real characters in “classic” horror films.

O’Sullivan: I’m currently writing a short horror radio anthology series based on a project I did for an audio engineering course. I love the idea of making scary stories into an audible experience and I want to see what I can accomplish without visuals.

NewEnglandFilm.com: Any advice on making films you want to share—about fundraising, working with actors, distributing, sending to festivals, etc?

O’Sullivan: I’m also a very new filmmaker, so the only advice I could give is to put yourself out there in terms of submitting to festivals! Don’t let the fear of rejection prevent you from moving forward.