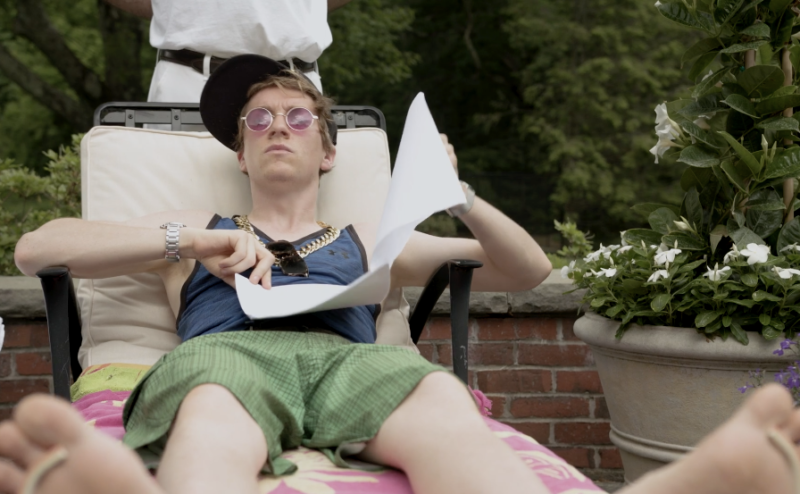 NewEnglandFilm.com talks with Alison Wachtler about her film Chemistry Read which screens in the 2020 Online New England Film Festival.

We spoke with Alison Wachtler, writer and actress for the short comedy about the insanity of fame, Chemistry Read, which screens at the Online New England Film Festival.

NewEnglandFilm.com: What inspired the film?

Alison Wachtler: After spending time on many sets, Elizabeth and I were on set for an Amy Schumer movie and decided we should do one for ourselves. When you become an empty nester and feel “outsourced” you have to find your own work in between trying to get work from others.

Months later we decided to bring an idea to the screen what we knew about the best….

We had both volunteered for everything in our hometowns and with our children’s schools and raising them so that juggling out was complete.. but what do you do next? After putting together so many friends from working on films we pulled them altogether to bring this one to light.

Wachtler: We have been a selected to 17 film festivals! There are many memories from these screenings, but we’ll have to save that for a lunch.

Wachtler: New England has a huge wealth of talent, that was the easy part. The only part I had to search for was “Top Dogg” but the casting agents in our area, Boston and Maine, helped me out.

Wachtler: Reality stars that aren’t all they are cracked up to be seems to be very much in the front of the news. Sometimes “it’s not what you know, but who you know” that seems to also be an unfortunate way of this current world.

Wachtler: If they laugh that’s all we want. The film isn’t all fiction and based on some real life people and situations!

Wachtler: The house in the film belongs to my close friend who lent it to us along with her two dogs.. sadly Emma, one of the dogs, passed away last month.

Wachtler: For me it’s not the writing, acting, casting, that’s difficult, it’s putting it altogether on everyone’s schedules on the days you find to shoot.. and wearing so many hats in a production.. when you have a limited budget. We also chose a day it rained and we filmed outside which was very difficult to fix in post… but that’s another story.