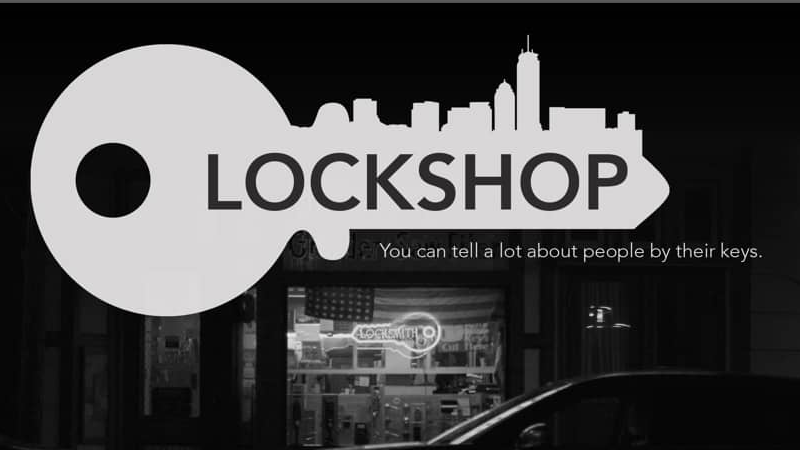 Cara Feinberg talks about the film Lockshop which screens at the 2020 Online New England Film Festival.

Filmmaker Cara Feinberg explores the gentrification of South Boston in her latest short documentary Lockshop which screens at the 2020 New England Film Festival. Here, Feinberg talks about the inspiration for the film and

Cara Feinberg: I always loved telling stories, and I began my career as a writer for print. While I loved fiction, I found as I got older I was most curious about other humans and the stories they had to tell. As a print journalist, I found I was often asked to augment my stories with video, and I took night classes at Emerson to learn the software and the craft. Telling visual and aural stories appeals to me because it uses such different tools than the pen and the page—if you are describing something visually in a film, you’re doing it wrong….yet in a print story, it’s a vital skill. And yet film felt like another way to approach storytelling that appealed to the same core interest that set me down the road of writing in the first place. And some stories are better told on screen than words on a page.

Feinberg: I was working on another story in South Boston when I walked by Patty Maestranzi’s shop on Broadway. It looks like it’s from another era…which it turned out to be…but it was the time I spent inside talking to Patty and watching how she interacted with her customers that piqued my interest. She is a trusted and known member of the community, not just a merchant within it, but as a resident who knows the families of her patrons; if she doesn’t know you, she probably knows someone in your family, and she’ll be at their communion/birthday/wake/memorial. She talks about her work with the curiosity of an engineer, the sensitivity of a social worker, and the problem-solving capabilities of a family doctor, not to mention the wry and laconic sense of humor of a seasoned comedienne.

Feinberg: It has been selected for an Arclight Cinemas Award and screened at the Provincetown Online Film Festival. The pandemic has made this a particularly rough year to release a film; though it’s lovely that online festivals can reach a wide audience, it’s tough not to be able to watch your film with a large audience and to see and hear where they laugh, where they are moved, and what their faces look like when the lights come up.

Feinberg: South Boston is a changing and already changed neighborhood from the rough and insular spot that earned it that reputation in the 1950s-80s. It’s now an “up-and-coming neighborhood” where Whitey Bulger’s notorious bar became a sushi shop (and now some other trendy cuisine), and family homes are sold for big money and then razed and rebuilt with luxury buyers in mind. That’s brought new vitality to the place, but priced out many of its original residents and exposed much greater rifts between the residents of the new homes and the three projects in the neighborhood. It’s no longer a tight-knit place where people share a common experience, but it’s also rapidly becoming a modern diverse spot – a story that echos similar changes everywhere in America—conversely heartbreaking, hopeful…and seemingly inevitable.

Feinberg: That one person who sees her job as a way to care for people, is more than a merchant; she is a trusted member of the community who has helped make a neighborhood. When she and her family close up shop, the loss will be immeasurable.

Feinberg: I am working on a three-part miniseries for the science television show “NOVA” on PBS to air in 2021, as well as other short film projects of my own.