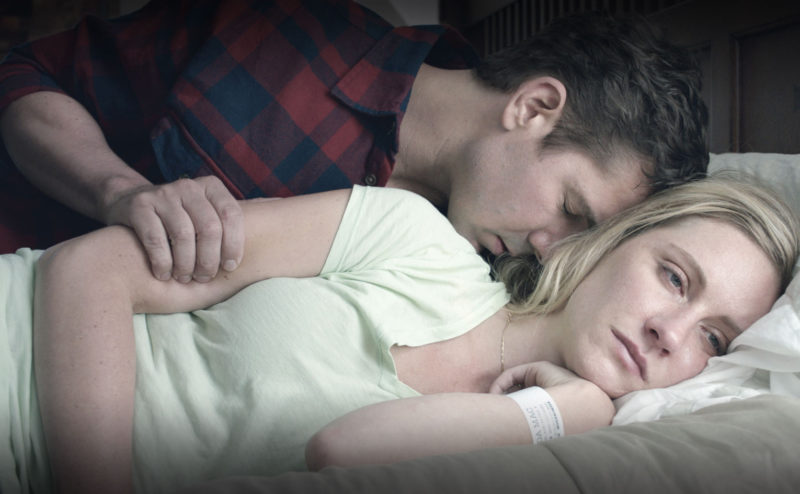 NewEnglandFilm.com talks with Sandra Stillman Gartner about the film UnSpoken which is screening online as part of the 2020 Online New England Film Festival.

Filmmaker Sandra Stillman Gartner talks about what led to the inspiration for the film UnSpoken, which was recently screened at the Middlebury Film Festival and now screens as part of the 2020 Online New England Film Festival. Her story about struggle, grief and success was inspired by her article in Lady’s Circle, “Exploding the Baby Myth.” Gartner says that she wanted to share with other couples her own experience of trying to have a child and initially experiencing defeat. Gartner talks about her personal connection to the film’s subject matter, and why she felt inspired to share this story.

Sandra Stillman Gartner: My background is in journalism and theatre. I’m an actor, producer and writer. As a storyteller, I embrace all genres that can enlighten a person’s life or perspective. I graduated from Boston University and New York University.

Gartner: With the struggle with Roe V. Wade and a woman’s right to control her own body, this film addresses those issues. A couple faces defeat in trying to have a child, and the woman persists in order to make it happen, without others’ initial support.

Gartner: I hope that people realize they aren’t alone in their struggles or experiences. In this time period, there are so many more ways to have a child, and even support groups to help you through your journey. When I was trying to have children, I had to spend seven months in bed and had weekly progesterone shots. Prior to the birth of my daughter Jennie, I had an ectopic pregnancy, miscarriage, and a daughter who was born premature and died. After the birth of Jennie, I had two more children, Jeremy and Emily.

Gartner: I am co-producing director of Vermont Actors’ Repertory Theatre in Rutland, Vermont. With the Covid19 virus, we have had to change from an in-person performance company to online. We will present through zoom, at no charge to audiences, Vermont playwrights, actors, and directors in a three-part play festival during the fall and winter. Hopefully, we can go live in the spring.

NewEnglandFilm.com: Any tips on making films you want to share?

Gartner: Before you send your film to the final edit (and then send it out), make sure you show the project to an audience. Their input will be of great help and will assist you in making any necessary changes.

Gartner: Never be afraid to ask a question, network with creative people, and take a chance on doing something new. In this field, you have to wear many hats and be open to what comes along.