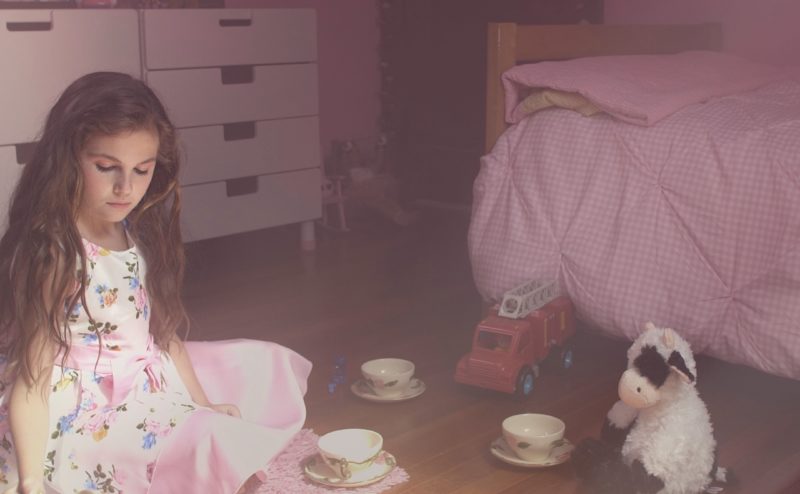 An interview with Director Rio Contrada about his latest short film "Yes, Mommy."

Filmmaker Rio Contrada has worked as a Hollywood assistant life for producers like John Lesher (Birdman) and Debbie Allen (Grey’s Anatomy). He says that he’s “determined” to use what he’s learned to “create high quality films in New England that make my family, friends and neighbors proud.” Contrada’s latest short film Yes, Mommy focuses on a young girl struggling to get the attention she craves after a new baby is welcomed into the family. NewEnglandFilm.com interviewed Contrada about his funny and shocking latest short film, premiering at the 12th Annual Online New England Film Festival.

Rio Contrada: I started making movies in high school and developed a strong desire to be a screenwriter. My parents are both journalists and fiction writers, so storytelling is in my blood. I went to film school at Emerson College as a screenwriting student, but never really thought it was realistic that I could become a director until my dad got sick and I moved home to Massachusetts from LA to help care for him. I needed to keep the ball rolling on my career, but there aren’t as many entertainment opportunities in Massachusetts, so I started making my own films. Since then, my production partner and I have completed seven shorts and will be producing our first feature film next summer.

Contrada: Yes, Mommy came on the heels of two projects I had directed about degenerative illness and homelessness, respectively. I was out of money and trying to fend off depression, so I set out to make something bright and colorful with one actor and one location that I could shoot in a single day.

The script came from stories I had heard about my older sister’s jealousy when I was born. I wanted to create an Edward Scissorhands vibe—everything should be bubble gum, cheerful, and perfect, until you see the dark side. We created more shadows and contrast as the film progresses so that by the end, it feels like a horror. Our score reflects the same idea. On the surface, it’s a regal-sounding national anthem. The Beatles used it as their intro to “All You Need is Love.” But if you read the lyrics, it’s a song of unthinkable brutality. One line translates to, “May the impure blood water our fields.”

I’m extremely proud of this film because its production was a reflection of the story. We were seven young filmmakers stuck in a bedroom all day, using our imaginations to entertain ourselves.

Contrada: The film screened privately last winter as part of a fundraiser for Friends of Hampshire County Homeless. The crowd laughed but was also a bit shocked by the film. I addressed the crowd afterward to make sure everyone was doing okay.

NewEnglandFilm.com: What’s the message of the film, would you say?

Contrada: I don’t think viewers should read too much into a political message in Yes, Mommy. Partly, I wrote it to show that the people and lives that look perfect on the outside can be tremendously fucked up beneath the surface. I was also inspired by Gillian Flynn’s concern that there aren’t enough truly wicked, violent female villains — that the brutal and ruthless roles are reserved for men.

Contrada: I listened to one private screening of the film, and heard an audience member laugh at the violence, and then whisper under his breath “Dark…” That is my ideal reaction to this film.

Contrada: My brilliant cinematographer Amanda McGrady was someone I had talked to several times about shooting other projects, but we hadn’t ever ended up working together. I thought her style would work really well for this project, so I asked her to come on board.

I found my lead actor Alessandra Noelle Rosenfeld on Facebook. Her mom responded to one of my posts. I auditioned her in the Thomas Crane Public Library in Quincy, with a set of stuffed animals laid out for her to act alongside. She was really the only young actor (nine years old at the time of filming) who understood and embraced the violence of the film, so it was a very easy casting decision.

The rest of the crew were people I had worked with before on other projects. My production partner Peter Horgan and I have been making shorts around Massachusetts for a couple of years and have made a lot of friends along the way. We have a tight-knit group of crew who work for low rates to help us make creative narrative projects that we all feel passionately about.

NewEnglandFilm.com: Can you tell us about the production of the film?

Contrada: My production partner and I have become experts at making the most of what we have available to us. I have directed three short films in the past two years that all shot partially in my mom’s house. Yes, Mommy was shot entirely in my childhood bedroom, which I painted pink and transformed into a nine year old girl’s room by borrowing toys and decorations from my neighbor’s daughter and my lead actor. We were able to accomplish the tea cup drowning shot by cutting the bottom out of a tea cup with a diamond blade and gluing it to a sheet of plexiglass.

NewEnglandFilm.com: Any advice on filmmaking you want to share?

Contrada: Write movies that you can reasonably envision making. If you don’t have much money, write something simple with one or two actors and one or two locations. You can create drama without crazy stunts and special effects, so the key is to work within your means, and adapt your creativity to the resources available to you.

Contrada: Our next big project that we’re excited about is producing a low-budget crime drama on the Cape next Summer. My production partner Peter Horgan wrote and will direct, and I will be producing. We are aiming to raise $60k to finance the project, but will make it for whatever budget we end up with. It’s important for us to take the next step into feature production, and this project was written with the idea of low-budget production in mind.