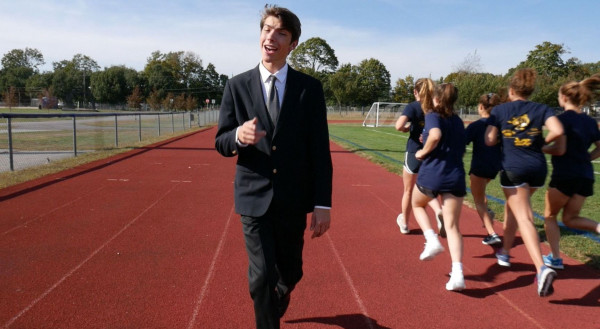 Check out the latest industry news, festival updates, call for films and more from the New England film industry.

Celebrate the Flickers’ Rhode Island International Film Festival August 4–9. The festival will be a mix of virtual and in-person events; venues include drive-in theaters. Visit film-festival.org for tickets and a full schedule. Opening Night was rescheduled to August 11 due to the tropical storm. See complete schedule.

The Middlebury New Filmmakers Festival will be held online August 27 to September 3. Single tickets and festival passes are available for virtual screenings and special events. Learn more at middfilmfest.org.

The Museum of Fine Arts presents the Virtual Boston French Film Festival through August 7. Purchase tickets to view films including Joan of Arc, The Girl with a Bracelet, and The Perfect Nanny from home. Learn more here.

Boston and New Haven host the 48 Hour Film Project this month. Teams will work on films over a weekend, then screen them outdoors. Learn more about the program and find screening dates here.

The Vermont International Film Festival presents new virtual films every week. Visit their vtiff.org for screenings and to purchase tickets.

Despite industry efforts, the Massachusetts House and Senate have not included amendments to extend the state’s film and television incentive past its sunset date of December 31, 2022. Read more from Massachusetts Production Coalition.

The award-winning film Gutterbug, filmed in the Boston area, will be released online on August 11. See the trailer or their website for details.

The Flickers’ Kidseye Summer Filmmaking Workshop will be held virtually August 3–7. Introductory (ages 8-12) and Advanced (ages 13-17) online camps will be offered for kids interested in filmmaking. Click here to learn more and register.

The Fox Festival Parade, Arts Arlington’s annual tradition celebrating local wildlife, community, and the neighborhood Fox Branch Library,  is reimagined this year as the Fox & Owl Tiny Film & Photo Festival.
Artists of all ages are invited to make artwork, a photo series, or a short movie starring Fox and Owl. Deadline is August 31. More info and submission info is on their website.
Calls for entries for NewEnglandFilm.com’s 2nd Annual New England Film Star Award, a grant worth over $3,000 in equipment and in-kind services, remain open. Applications are free. See application and eligibility guidelines.