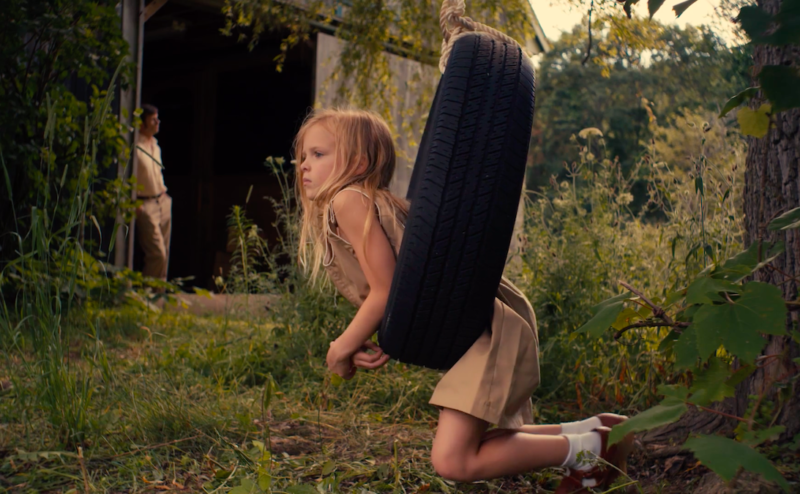 Filmmaker Jennifer Potts created The Extraordinary World of Cecily Blinkstop to show how a child’s imagination can triumph over loneliness, tragedy, and grief. The film screens at NewEnglandFilm.com til October 15, 2019 as part of the 2019 Online New England Film Festival.

Set in 1974 rural New England, The Extraordinary World of Cecily Blinkstop moves through the days of Cecily, a seven-year-old girl who, after the death of her baby sister, lives in a world with no music, no color, no laughter, no love—that is, until a magical imaginary friend shows up and joins Cecily on the quest to save her family from the grief that is destroying them.

We caught up with Potts about her creative path and her philosophy on filmmaking.

NewEnglandFilm.com: When did you know you wanted to be a filmmaker? And how did you learn?

Jennifer Potts: I have always been a storyteller, and my journey started in the theatre. I received a BA in Theatre and founded/ran a theatre in Fitchburg, MA for years. I had an intern while directing a show who was studying film production. I borrowed some of his textbooks and became fascinated with the control I could have over storytelling as a filmmaker. At 41, I returned to school and attended Fitchburg State University to study film production. I went on to New Hampshire Institute of Art to get an MFA in Writing for Stage and Screen.

Potts: When I was a child, I had an imaginary friend named Jeanie-Janie. When I came home from my first day of preschool, she was gone. I didn’t know who she was. I always wondered why I had created this friend to begin with, and how she could just be there one day and gone the next. I realized it was because I was lonely and my parents’ marriage was falling apart.

I believe that children have the power to use their imaginations to overcome stress, loneliness, tragedy and grief. This power gives children the ability to be superheroes in times of need.

I have many friends who have lost babies, children, and adult children. The grief is unimaginable and unbearable. I have also lost three babies during pregnancy. Out of these experiences, I created this young girl named Cecily Blinkstop who uses her powerful imagination to rescue her family from grief following the death of her baby sister.

NewEnglandFilm.com: How did you find your cast and crew for the film?

Potts: With the exception of my male lead, I held open auditions. There is great talent in New England. Will Bouvier (Kevin Blinkstop) and I have worked together for years. I always write characters for him.

NewEnglandFilm.com: What films are you working on now?

Potts: I have many projects in the works, including three feature-length scripts I am cleaning up for submission, and a short horror film I am creating with a close friend and filmmaker. I am also doing production design/wardrobe for a low-budget short film in Rhode Island.

Potts: As filmmakers I think it is critical that we pay our cast and crew. I see so many filmmakers asking people to work for free. First of all, you get what you pay for. Secondly, we have all received training that makes us qualified to do our jobs. Lawyers and doctors and teachers do not work for free. When we value someone’s work, we show them by paying them. Filmmaking should be no exception.

As a female filmmaker, I believe it is my responsibility to change the gender demographics on my film sets. Fifty percent of my cast and crew are women.

The Extraordinary World of Cecily Blinkstop is available for streaming as part of the 2019 Online New England Film Festival.