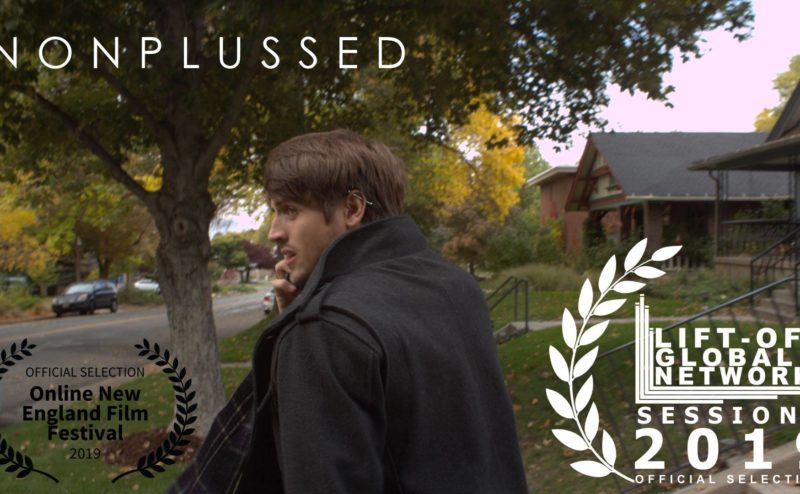 “Nonplussed” could describe both the reaction of the protagonist in Malachi Van Nice’s short film Nonplussed as well as that of the viewer by the end. The ending is chilling, and it leaves room for interpretation. Nonplussed is a story about relationships more broadly, but also relationships where you discover perhaps you didn’t know the person as well as you thought you did.

Nonplussed is now streaming through October 15 as part of the 2019 Online New England Film Festival. NewEnglandFilm.com caught up with Malachi Van Nice, the promising filmmaker and author of this piece, and learned more about the thematic goals of their short films as well as advice in the art of mastering directing.

NewEnglandFilm.com: When did you know you wanted to become a filmmaker? And how did you learn—did you just start doing it, did you go to film school?

Malachi Van Nice: I wanted to be a filmmaker since the fifth grade. I saw Spielberg’s movie, Jurassic Park, and decided that I wanted to be in charge of that. I was an enthusiast until I was able to get a camera in the ninth grade. From then on, I made short film after short film, until I went to college to peruse my love for filmmaking.

Van Nice: I was prompted to make a five minute short about a surprise for my AFI application. As I made this film, I decided not to attend AFI and pursue my education on the East Coast. I was drawn to making the film because I wanted to explore what happens if someone blurs the line between what is platonic and what is not.

Van Nice: I used a working cut of this film for my portfolio to get into Emerson College. After that, I’ve screened this at Queer Spectra and Lift Off Film Session June 2019. I’ve never seen this film with a live audience, but I always get good feedback on the writing and sound design.

Van Nice: I found Reid through another festival he was a jury member for. He saw my entry and was so impressed that he wanted to work with me on the spot. So I met with him to talk about possible projects to do together until we settled on Nonplussed. I worked with Isaac on my previous project, I Dream in Five, and decided I wanted to work with him again. The rest of the crew I filled in using friends and classmates from my school.

Van Nice: Making films for artistic expression is very hard. Pre-production and casting can be a complete nightmare. Though, filming and post can fill you with adrenaline to push you to the finish line. I don’t have a lot of experience with professional filmmaking but I know that the process of doing so from fundraising to the final cut can be both soul crushing and completely rewarding.

It’s important to get as much experience in as many things as you can get your hands on if you want to succeed in film. The best classes to take if you want to become a director are acting classes. Especially theater acting. Dance and music composition are other fields to study to broaden your horizons.

Watch Nonplussed through October 15 as part of the 2019 Online New England Film Festival.