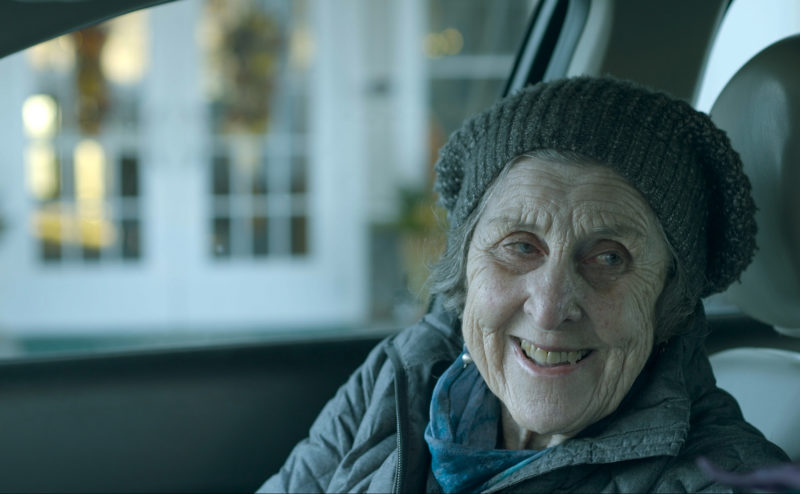 During a tour of the local nursing home, a stubborn golden ager has to choose between his beloved wife and a charming resident in the film Lily.

It’s difficult to develop a character in a short amount of time, but Filmmaker Danilo Herrera Fonseca does just that in the span of eight minutes in his film Lily. We are guided into the protagonist Cooper’s perspective, how he thinks and what he sees, facilitated by actor J. Reid’s charismatic performance. The result is a wonderfully crafted story of the realities of growing old and being in love.

Lily premiered at Middlebury New Filmmakers Festival and screened at the Vermont International Film Festival, and it is now now streaming through October 15 as part of the 2019 Online New England Film Festival.We caught up with Danilo in regards to the personal metaphor of his film, the logistical chaos he powered through to make it, and in his opinion, the most important element of making any film happen: passion.

Danilo Herrera Fonseca: I started making films at the age of 9. I have always been fascinated by the camera. As a kid, the camcorder that was once used by my mother to capture moments of our trips got a whole new purpose in my hands. I loved capturing my surroundings and creating narratives with my cousins and friends. At the end of high school, I felt discouraged by the lack of incentives for the arts in Brazil and decided to pursue a diplomat career, but my artistic vein spoke louder. After a few months, I dropped and applied to film schools in the US. I opted for a liberal arts philosophy at Middlebury College, because I knew I wanted to be a director and believed this would be possible only through a well-rounded education, instead of intense technical training.

Fonseca: I made Lily because I needed to reconnect with my roots. Growing up in such a remote area, I had limited access to movies. But that isolation never held me back. Equipped with my mother’s Sony Hi8 8mm, a camera that was once used only for family trips, I had the chance to explore the world of film in my own way at a very early age. In 2014, I moved to the US, where I could study, make, and breathe cinema in a way I would never be able to achieve if I stayed in Brazil. At the same time, this was the most difficult and challenging experience in my life. Adapting to a new culture and new language while living away from home for so long filled my heart with “saudade”—a word that only exists in Portuguese and denotes the longing and melancholy for someone or something that is gone or about to go away. In college, I wanted to write stories about my people and culture but I couldn’t do it, because I was not living in Brazil anymore. So I made Lily, a movie that channels some of my feelings as I grew apart from home and away from the people I love. I made this movie because I needed to tell a story about “saudade.”

Fonseca: I had seen J. Reid (Cooper) and Lonnie Poland (Samantha) in other student films and knew they were talented performers. As soon as I finished the script, I immediately reached out to them, because I knew they would be wonderful for the roles.
Kay Hanley (Lily) came as a surprise. We had several issues in the pre-production, and our location and a few actors bailed a week before our shoot, including the actress who would play Lily. Two days before the beginning of principal photography I visited The Residence at Otter Creek, a lovely assisted living facility in Vermont, and they were incredibly helpful and interested in the movie. Courtney Allenson, who assisted us at The Residence, connected me with Kay, one of the residents who became very interested in playing the part of Lily.
Believe it or not, Kay had 94 years at the time and had never acted before. Sadly, a few months after the release of the movie, Kay passed away. She was an amazing woman, and also a wonderful actress. In the night of the screening, Kay was greeted and praised by several people in the room. Since then, I decided to dedicate “Lily” to Kay, who brought us immense joy on set and taught us it’s never too late to start something new.

Fonseca: I’m currently working on two series. One is a sketch comedy about stereotypes of Generation Y, called “Profile Y”. The other is called “Lambert Hall.” It’s a thriller about five college students who get stuck inside the basement of an abandoned building on campus right before Christmas break. In order to escape, they have to overcome their social and ethnic differences before they freeze and starve. Both will be available on YouTube by the end of 2019.

Fonseca: When I decided to make this movie, all I had was an incredible budget of 32 dollars and my passion for the story. Nothing more, nothing less. A week before the shoot, we lost our location and more than half of the cast. I had to cut down seven pages of the script and more than five scenes.

When I thought nothing else could go wrong, our main actor (who drove for more than an hour to get to the location) called me saying he was stuck in traffic. So I had to film all singles with the other actor, in order to earn time, because we only had one day at the location. To sum up, we had endless issues during pre-production and principal photography.

But I always saw the problems as opportunities. I guess, this is my big takeaway. If I had given up, I would never have had the chance to work with such a brilliant cast and crew. Keep the optimism and remember: no matter what budget you have—3.2 million or 32 dollars—you can always make a movie with it.