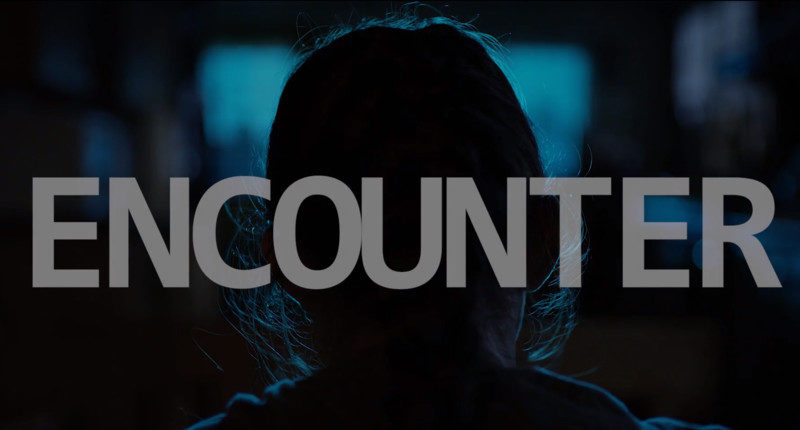 In Encounter, a woman must fight off a mysterious force encroaching on her independent and isolated lifestyle.

We chatted with Encounter filmmaker Michael O’Connor about his evolution as a filmmaker and his editorial process.

In Encounter, a woman must fight off a mysterious force encroaching on her independent and isolated lifestyle.

From start to finish, every aspect of Encounter was created in New England. Principal photography took place in Cornwall, Connecticut. Portsmouth, Rhode Island was used for the exterior farm shots. All of the crew operated out of Boston. Director and writer Michael O’Connor was born and raised in Hanover, Massachusetts, where his family has lived for three generations.

Encounter debuts at The 2019 Online New England Film Festival, where you can watch it streaming through October 14. We caught up with O’Connor to learn about his inspiration for the film and his editorial approach to filmmaking.

NewEnglandFilm.com: When did you first know you wanted to be a filmmaker?

Michael O’Connor: I knew fairly young I wanted to be a creative: I was always watching movies I was a little too young for (Jurassic Park and Terminator 2 spring to mind), and constantly had a book in my hand. I really enjoyed telling stories from my daydreams and imagination.

Originally, I wanted to be a writer when I was younger, but found that my thoughts were so visual that I had a hard time translating them into words.  Video, being an inherently visual media, made it so much easier to convey the stories and telegraph the vision I had directly to the audience.

I think the first time I really knew that video was for me was when I joined a video comedy troupe made up of people who would be become my best friends. While I never was really in charge… it gave me the inspiration I needed to buckle down in school and get into my dream school, Emerson College.

A lot of people knock film school, but I never would have had access to the equipment or the opportunity to make my first projects and discover what aspects of film production I enjoy the most.

NewEnglandFilm.com: What was your inspiration for the film?

O’Connor: A project had just fallen through for me, and instead of wasting the time I had set aside for project, I wanted to still make something. So I wrote a script that was as minimalist as possible: partially as a necessity and partially as a challenge to focus on the visuals and my directing action.

One of my fellow creatives wanted to do something a little spookier since we were close to October, and I decided to try and revisit alien abduction. I remember the commonness of the trope, but it had been a while since I had seen any films address this, so I thought it would be a good time to think about how I would do it.

I also wanted to start using my privilege as a filmmaker to focus more stories on a diverse set of characters. So as my first film with this mindset I decided to make the only real character a woman.

O’Connor: It was mostly friends of friends and networking through college alumni. What made it easy was my now constant collaborator, Erik Fattrosso. He selected most of the core crew from his favorite people to work with over the several dozen shorts he had done at college. For casting, Erik had just finished a project with Acei Martin and I’d been giving notes on the edit and really liked her performance,  so that was another easy selection. For the sound team, I was good friends with Victoria Graf and knew she was a great sound recordist, but we had never gotten to work together and I saw this as the perfect opportunity. And through her we found our sound mixer, Vincent Tepe.

O’Connor: I’m currently working as director/producer with Erik Fattrosso again, on another short we are filming in the mountains of New England this fall.

I’m also writing a series action pilot that will follow an assassin gone rogue in an absurdist world. I also plan on using this as an opportunity to learn more professional stunt techniques.

O’Connor: I guess my biggest advice is for the creative process: throw every creative thought you’ve got at a project. Don’t say an outright “no” to anything at first; just let the creativity flow.

Maybe it’s my background as an editor, but I like to start with everything on the table because you might find some hidden gems and then take that product and cut until your project is streamlined as possible. Because there is always more to cut.

NewEnglandFilm.com: What else should we know about you?

O’Connor: I’ve got some bizarre goals for this year that people just might not assume looking at me or my work. I plan on working towards my skydiving license this year. I am also aiming to achieve a sub three-hour marathon time, and to climb all the 4,000 footers in New England. Basically, for a boring editor nerd I do some pretty extreme stuff outside my film circle.

Encounter is streaming now through October 14 as part of the 2019 Online New England Film Festival.