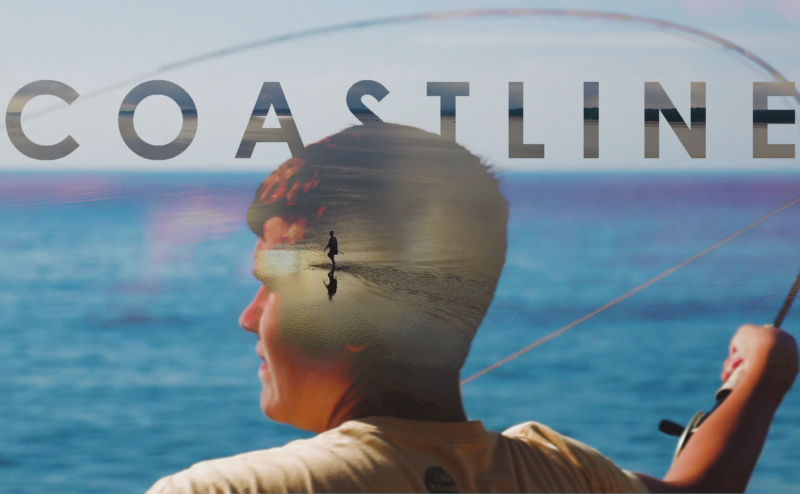 Coastline explores a young man’s passion for fishing and his journey to catching the fish of a lifetime.

We caught up with 18-year-old Massachusetts filmmaker Gus Hawley about his first major film project Coastline.

Coastline premiered to an enthusiastic audience at a school-wide film festival last Spring and is now streaming through October 15 as part of the 2019 Online New England Film Festival. We caught up with 18-year-old Massachusetts filmmaker Gus Hawley about the evolution of his first major film project.

NewEnglandFilm.com: When did you start making films, and why?

Gus Hawley: I’ve never taken a film class. I’ve been making films with my siblings pretty much all my life, and everything I know now is a product of YouTube tutorials and just getting out there and making stuff. I really got serious about learning the technical side of filmmaking about four years ago as our projects became more and more complicated. What draws me to filmmaking is my love of the process. I love that moment when everything comes together and just works perfectly.

Hawley: My younger brother Finn has an incredible passion for fishing, and I saw the opportunity to make a really cool film showcasing his devotion. There was also the element of luck in that his season followed the trajectory it did. As we got to the end of the fishing season, I was sitting on a whole lot of footage of him catching fish, but the story just wasn’t there until he caught the big one.

NewEnglandFilm.com: What can you tell us about the crew for this film?

Hawley: This whole film has been more or less a one man show, with the exception of my friend Josh Phillips who did all the music.

Hawley: I’m between projects, but I’m hoping to attempt some more narrative-based stuff fairly soon. I might also try another documentary-style project, but I need to find a subject that I’m excited about.

NewEnglandFilm.com: What advice would you give to other rising filmmakers?

Hawley: I’m not sure I’m really qualified to be giving advice yet considering that I’m only 18 and this is my first significant project. But to anyone out there who’s interested in something – it doesn’t have to be filmmaking – in my opinion, the best way to learn is to just get out there and start doing. I’ve made a ton of bad films, but I learned something new from each one.