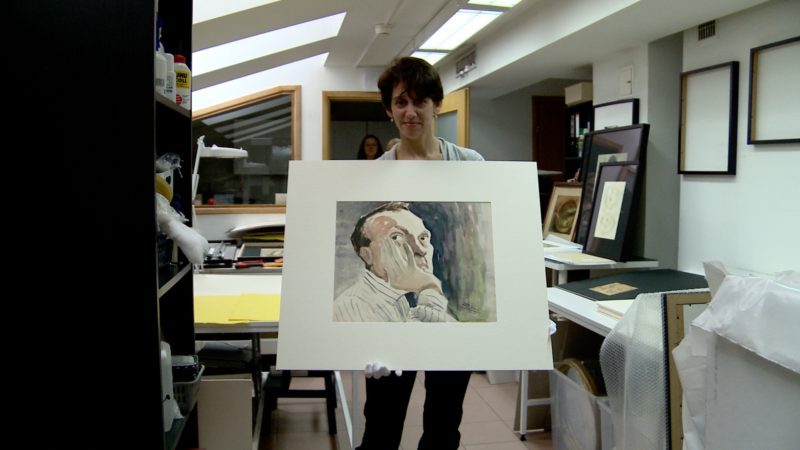 Chasing Portraits screens at the Boston Jewish Film Festival, followed by a conversation with director Elizabeth Rynecki, moderated by Jan Darsa, Director of Jewish Education at Facing History and Ourselves.

NewEnglandFilm.com Founder Michele Meek will be moderating a discussion with director Amy Adrion after the Emerson Bright Lights screening of her film Half the Picture. Meek’s book Independent Female Filmmakers: A Chronicle through Interviews, Profiles and Manifestos is now available for pre-order via the publisher Routledge or Amazon.com. For more information on the screening see the Facebook event or the Bright Lights website.

Vermont hosts the Brattleboro Film Festival November 2–11. Screenings will take place at Brattleboro’s Latchis Theatre. Films include Woman at War, Liyana, and The Guilty. For more information, go to brattleborofilmfestival.org.

Mass Media Expo will take place on November 3 at WGBH Boston. Check out panels, workshops, screenings, and creative exhibitions. For tickets and a full schedule, check out massmediaexpo.com.

The Maine Film Association hosts their annual meeting on November 3 from 1–5 pm at the Portland Media Center. The event is open to MFA members only; learn more and become a member here.

The Coolidge Corner Theatre presents “An Evening with Michael Douglas” on November 29 at 8:00 pm. The actor and producer will receive the Coolidge Award during a conversation with WGBH’s Jared Bowen. For tickets and more information, click here.

The University of Southern Maine hosts a stop on the Wild & Scenic Film Festival tour on November 3 from 3–7 pm. Purchase tickets and learn more here.

The Boston International Kids Film Festival runs November 16–18 at Massachusetts’s Somerville Theatre. The festival celebrates films made by and for kids. Check out the schedule and learn more at bikff.org.

Peter Berg and Mark Wahlberg have been shooting their upcoming Netflix film Wonderland around Massachusetts. The project is based on Robert B. Parker’s Spenser novels. Read more at Boston.com.