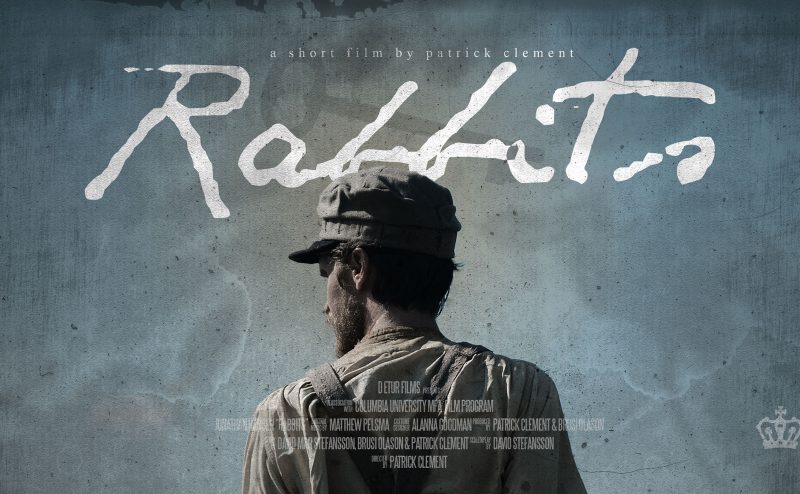 A lonely farmer reflects on the death of his wife and we learn that there may be more to the story.

Patrick Clement’s expertly directed Rabbits explores the strange and sullen life of a farmer who recently lost his wife. As the bugs hiss in the grass and the meandering score moves us through the film, we get the sense that there might be more to the story of how he lost his love. Watch Rabbits two, or three times and see what details catch your eye.

Originally screened at the New Hampshire Film Festival and many others, Rabbits is now streaming through October 15 as part of the 2018 Online New England Film Festival. Patrick Clement shared with us his unlikely trajectory into the world of filmmaking and how to avoid current trends in short films to make something unique to your vision.

NewEnglandFilm.com: When did you know you wanted to become a filmmaker? And how did you learn -did you just start doing it, did you go to film school?

Clement: I was a freshman at Portsmouth High School and took a video production class. I just filmed me and my friends getting wasted but I really had fun. Years later I was working in kitchens and sort of reevaluated what I wanted to do with my life. It’s strange, back in the early 90s it just didn’t seem possible for a kid from Portsmouth to be a filmmaker – a lot has changed since then!

I went to the University of Kansas and got my BA in Film Studies and I am in my fourth year of a five year Film Directing MFA Program at Columbia University.

Clement: I’m a Granite State ex-Pat and I’ve lived off-and-on in Western Kansas for the last ten years. My fiancee is from here. I guess I was just taken by the landscape. It’s brutal. I’ve always loved history and period films and wanted to make something sort of Gothic. My classmate David had written a script set in Iceland about a fisherman that discovers a body after a thunderstorm, so we sort of put my ideas and his ideas together.

Clement: Five people worked on the production. I operated and Directed, Alanna my finacee is a costume designer, my friend Shaina came out to do sound and PA and my friend Donggyun from Columbia flew out with our Actor Jon Hansen. My in-laws are antique dealers so they helped s with some set design, for the house and the exterior camp.

Clement: I finished a psychological horror short called “Through the Wide Gate” last summer and shot another short film “Three Corner House” this last spring, it stars Michael J Burg (who by now you might know from the recent season of Orange is the New Black) and Russel Koplin. I’ll shoot another horror short in Kansas this Fall and I’ll shoot my Columbia Thesis in Summer 2019 in Kansas. I also have two feature script set in New England so I hope late next year we’ll be making a film either up in the White Mountains or in Rochester, New Hampshire.

Clement: Don’t be fooled by trends in short films. Ideas and approaches to filmmaking are still changing and evolving. Be afraid to fail but do it anyway. Work hard. If you’re like me, you might not be the smartest, handsomest, youngest, richest or most favorite filmmaker in the room but you can be the hardest working one. That is something you can control.

NewEnglandFilm.com: Anything else you want to share that might be of interest to our readers – about you, your work…

Clement: If I’ve ever gotten better as a human and as an artist it’s because I’ve gotten out of my comfort zone. When i get comfortable, I get scared. You can read my undergrad speech online, its called “How Eating a Hot Dog Got Me Into an Ivy League Grad School.”