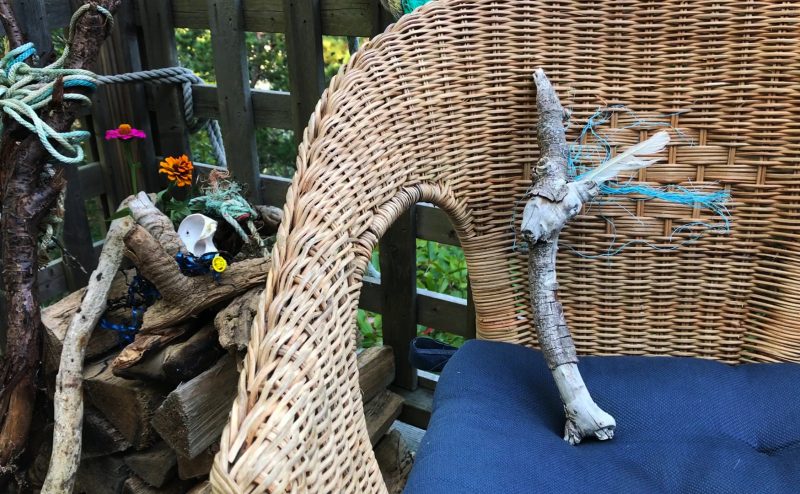 2018 Festival Interviews: To the Editor: Consider the Crow’s Point of View

Consider this playful re-enactment of a letter to the editor that was actually published in the Provincetown Banner.

Weaving elements of documentary and stop-motion filmmaking, Mathew Sandager quite skillfully lends a voice to the weirdest folks writing letters to the editor that are actually published in the Provincetown Banner. In this film, one in a series of nine, Sadager personifies the voice of a writer seeking to right the reputation of crows as a species. He admonishes the National Park Service of Cape Cod for attempting to “croak the crows.” If you think that’s weird, wait until you see who’s doing the talking in this short experimental…comedy?

Originally screened at the Woods Hole Film Festival, To the Editor: Consider the Crow’s Point of View is now streaming through October 15 as part of the 2018 Online New England Film Festival. We had to catch up with Mathew to learn more about what inspired this bizarre film and what value (if any) he finds in perusing the pages of the Provincetown Banner

NewEnglandFilm.com: When did you know you wanted to become a filmmaker? And how did you learn -did you just start doing it, did you go to film school?

Sandager: I’ve been a filmmaker since I picked up my parents video camera when I was 10 years old and shot stop motion movies in my bedroom with Lego and matchbox cars.

Clement: I’ve been making a series of short films since 2009 using real letters to the editor in the the Provincetown Banner, the locally weekly paper at the tip of Cape Cod. These quirky stories are a little mirror to the microcosm of life in small town America.