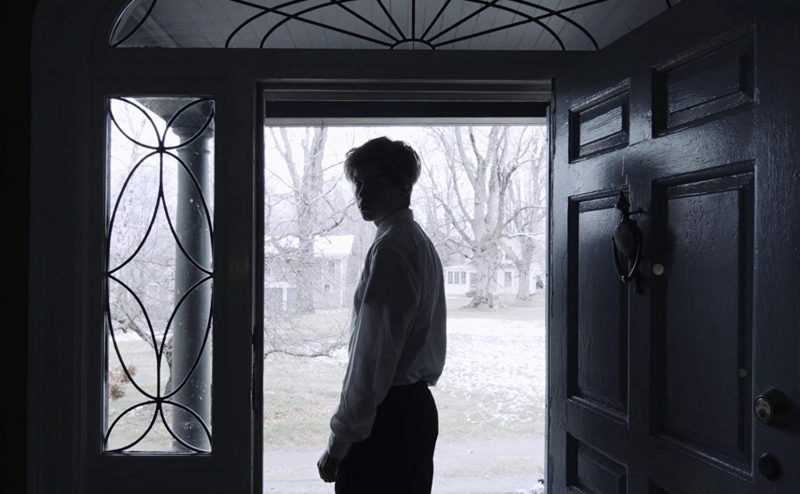 Ben Tobin conjures all sorts of horrors in his scary short Summoning.

Undoubtedly, Summoning is one of the most chilling and frightening movies featured in our 2018 Online New England Film Festival. This film really sounds like a classic horror film, using silence and an eerie score to quicken your heart-rate and build anticipation. We connected with Ben Tobin to learn more about his spooky inspirations and learn about his surprising beginnings in the world of filmmaking.

Tobin: I decided I was going to be a filmmaker in the sixth grade after seeing the first Lord of The Rings film. I just knew that that was what I wanted to do for a living. I attempted various little things with an old camcorder, but it wasn’t until college that I was able to actually take classes in film. At Oberlin, we also had a hands-on film teaching class where we had to instruct sixth graders in stop motion animation. It was a full circle moment. I am currently in film school at the graduate level, and make documentaries and the odd fiction film when I have the opportunity.

Tobin: I’d done a photoshoot for fun to test out some concepts, and I liked the visuals enough that I developed a script. I usually get inspired by still images, and then a series of tangential thoughts usually emerge. In this case it was the notion of what it would have been like to grow up with Miss Havisham in Satis House from Great Expectations. I also watch a lot of ghost movies, and enjoy seance sequences and the story just emerged from that spooky cocktail. I was going for something very classic in terms of the genre like The Innocents by Jack Clayton (1961).

LePage: I tend to use the same people in my projects. Once I establish a good relationship with someone I just write the roles for them. I end up adding people as I go, but very slowly. It’s all about trust. Filmmaking is all about gambling and taking chances on variables like weather, attendance, money, etc. Knowing I can trust the people I work with when everything else is tenuous at best is very important to me. I ended up using two actors who I have a very good connection with, and who work well together.

LePage: I’m wrapping up the post production on a short film about a boy who encounters a jackalope at his birthday party in 1952 called The Curious Incident of Everett Wilder. I also had to shoot my thesis very soon after so I’m currently editing that, and planning out pickups. Both were shot on the school’s RED Epic, so the workflow is bonkers.

LePage: Go out there and make films with whatever tools you have. A lot of people say that, and it’s totally an eye-rolling cliche, but the more you go out there and just get something done, the easier it becomes. I tend to focus on improving one big thing each time I go make a film. I might choose to push my compositions, or attempt an ambitious visual effect. I learned a lot just by making a lot of mistakes and shooting on a DSLR. You learn a lot more dealing with limited tools, and you have to be more creative to make them work for you. A RED or an Alexa are amazing tools, and they’re that much sweeter when you have to suffer with compressed moire filled DSLR footage for years. There are a lot of great stories out there that haven’t been told. Even if it’s not Hollywood quality, it’s worth getting that story out there.

LePage: I’ve become an advocate for kids with dyslexia as my day job, and have started combining the two threads of film and special education. I’m currently working on a long term project in the style of Michael Apted’s Up Series that follows six dyslexic students over the course of their school careers.