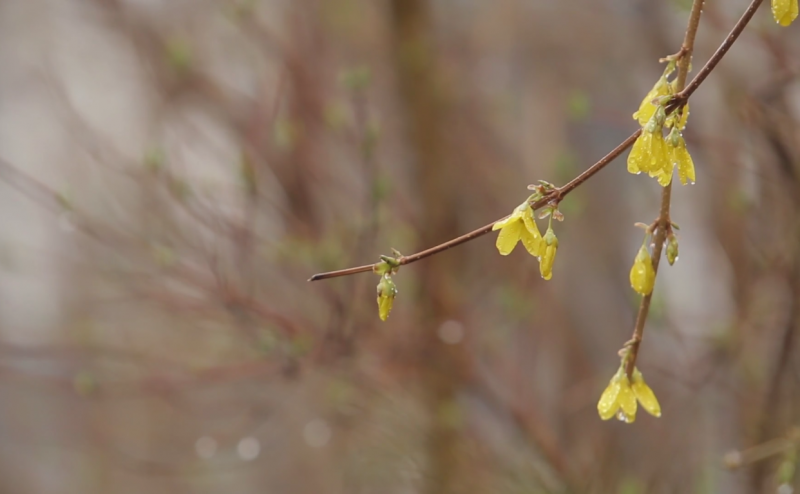 Through abstract natural images and the voices of loved ones, Jessie Beers-Altman unpacks a tragic, life-altering event.

Experiencing trauma, responding to that traumatic event and going through the process of grieving can be both a visceral experience and an intellectual one. Your body responds to loss and trauma, while your mind and inner life also shift and adjust to this new reality. Coupling the immediacy of voiceover with abstract natural imagery, Jessie Beers-Altman examines one tragic, life-altering event through the perspectives of her friends and loved ones. A truly personal and reflective film, The Longest Year will make you wonder how your most trusted people view your life’s most traumatic events.

Originally screened at the Salem Film Festival and many others, The Longest Year is now streaming through October 15 as part of the 2018 Online New England Film Festival. We caught up with Jessie Beers-Altman to learn more about her early filmmaking career and how this film is a bit of a departure from her other work.

Beers-Altman: I did go to film school, but I started using film (video) as a means of creative expression long before that. In high school, I incorporated video into every project I could. I remember doing a presentation on the political cartoonist Herb Block, where I staged an interview between Mr. Block (played by yours truly) and a reporter (also played by yours truly). I didn’t know how to edit yet, so I shot the whole thing linearly, changing costumes and positions as I bounced back and forth between the roles of interviewer and interviewee! A few years later, I taught myself how to edit while editing highlight reels for my college soccer team.

Beers-Altman: Catharsis is the short answer, but the long answer is that after going through the experience that I had, I wanted to make a film that spoke to the fact that, in the aftermath of tragedy, it can feel like everything is the same and everything has changed all at once. I chose the time frame of a year because I liked the idea of seasonal imagery representing change, and then returning to the place the story began.

Beers-Altman: The voiceover in the film consists of testimonies from friends and family that I wove together into a single narrative thread. They represent my inner-most circle at the time that I experienced this tragedy. I enlisted the help of two friends; composer Joel Roston and sound designer Billy Wirasnik that I know through my film collaborative (the Nonfiction Cartel) to flesh out the aural atmosphere of the film.

Beers-Altman: I am working on a film about the life and career of my father, internationally-known artist Harold Altman.

Beers-Altman: This film is a bit of a one-off: it is very different than my past work, and I probably won’t make another film like it again. I had to step outside of my comfort zone, both in terms of content and style in the process of making it and that’s something that I am very proud of. Everything from the ultra-personal subject matter, to the non-literal imagery kept me on my toes in a way that was wonderfully eye-opening, challenging, and transformative for me as a filmmaker.