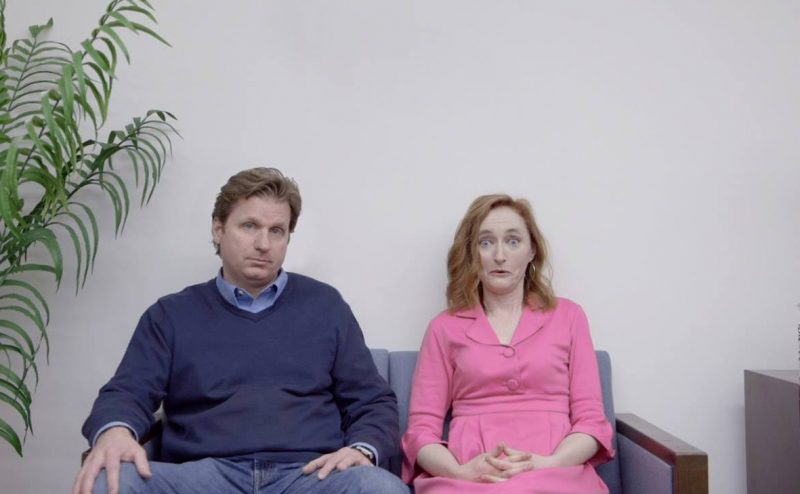 2018 Festival Interview: What the Doctor Ordered

Audrey Noone on food, cooking for your cast and crew, and how her mid-life crisis lead to a Best Acting in a Comedy award.

Let’s face it; we all have an unhealthy relationship with food.

Whether you eat your feelings or have been socially conditioned to feel “guilty” about eating the wrong kinds of food at the wrong times, we all struggle in some way with food. Audrey Noone, the writer and co-star of What the Doctor ordered, comedically explores one couple’s shared relationship with food and how it mirrors the best, and worst, parts of their marriage.

Noone has already won best actress in a comedy at Flager Film Festival for her role in What the Doctor ordered, so we caught up with her about how her mid-life crisis propelled her back into acting and about just how much she “luuurves” comedy.

Noone: I had a mid life crisis, and realized that I wanted to get back to acting. After several auditions, I realized it would take a lifetime to get enough usable clips to put a reel together. So, to speed things along, I wrote a few scenes and filmed them. That was the first film I wrote and produced. And, through that process, I discovered that I had a talent for writing, and eventually directing. I did not go to film school.

Noone: I luuuuuuuuuuurrrrrrrrrrvvvvvvveeeee comedy. I love playing characters that are on the verge of exploding, so I wrote one.

Noone: I won best actress comedy at the Flagler Film Festival. It was a finalist at two other festivals, a semi-finalist at two more, and selected by 9 more tests. Winning the acting award has been the biggest thrill of my filmmaking life. I’d say in terms of audience screens, there is one point in the film that pretty consistently gets a laugh, and it was not scripted. It was a facial expression that happened spontaneously.

Noone: A film I acted in, by Chris Esper, was just released into the film festival circuit. It is called “Bent,” and it was written by Kris Salvi. Two favorable reviews have already come in, and it is playing at the Undo Film Festival in Arlington, and has been nominated for best noir film.

Noone: Treat people really well, feed them, finish your projects, and they will want to work with you!

Noone: I work full time in a non-related field, and I have no budget for my films. I make use of locations and props that I already have access to. I make food for the cast/crew in my crock pot and bring it to set.