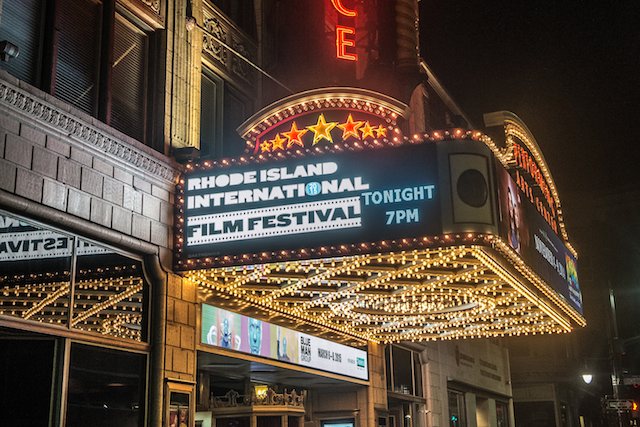 Rhode Island International Film Festival starts in August, while outdoor screening series continue across New England. Also read about the finalists to the Stowe Story Labs Fellowships and about a new project Ben Affleck and Matt Damon plan to collaborate on.

Rangeley Friends of the Arts hosts “MIFF in the Mountains: Best of the Maine International Film Festival” August 5-8 in Rangeley, Maine. For showtimes and more information, click here.

The Middlebury New Filmmakers Festival runs August 23-26 in Vermont. For a schedule of screenings and special events, visit middfilmfest.org.

There are worse things you could do than visit the Avon Theatre’s screening and singalong of Grease on August 9 at 7:30 pm in Stamford, Connecticut. The evening will begin with a pre-film reception at 6:30 pm by Lucky’s Classic Burger and Malt Shop, and include a costume contest and prizes. For tickets and more information, click here.

Boston’s Museum of Fine Arts presents Sunset Cinema this summer, free outdoor screenings on the Huntington Avenue lawn with music, art, and games 90 minutes before showtime. This month, watch Nausicaä of the Valley of the Wind on August 9 from 6:30-10:30 pm. Learn more here.

Watch Outdoor Movies at Shady Beach in Norwalk, Connecticut on Saturdays at dusk this summer. See Moana on August 4, Paddington 2 on August 11, and Willy Wonka and the Chocolate Factory on August 18. Click here for showtimes and more information.

Stowe Story Labs announced the finalists for their 2018 fellowships, including the NewEnglandFilm.com Fellowship. See the list of fellowship finalists and read more about the Labs. Stowe Story Labs is a non-profit effort to bring screenwriters, filmmakers and creative producers together with seasoned, working industry professionals to get work made and seen. The Labs are an annual workshop that takes place in September in Stowe, VT. Fellows receive full coverage for fees to attend the Labs.

The television series Castle Rock recently premiered on Hulu. The series is based on characters and stories from Maine author Stephen King, and filmed in several Massachusetts locations. The show was created by Sam Shaw and Dustin Thomason and stars Andre Holland, Sissy Spacek, Melanie Lynskey, and Bill Skarsgard. Learn more here.

Ben Affleck and Matt Damon have purchased the film rights to a Daily Beast story written by Jeff Maysh about a McDonald’s Monopoly contest scam. Affleck will direct and Damon will star. Read more at the Hollywood Reporter.

Submit now to the New Hampshire International Film Festival in a variety of categories. Extended deadline is September 1. Learn more at nhfilmfestival.com.