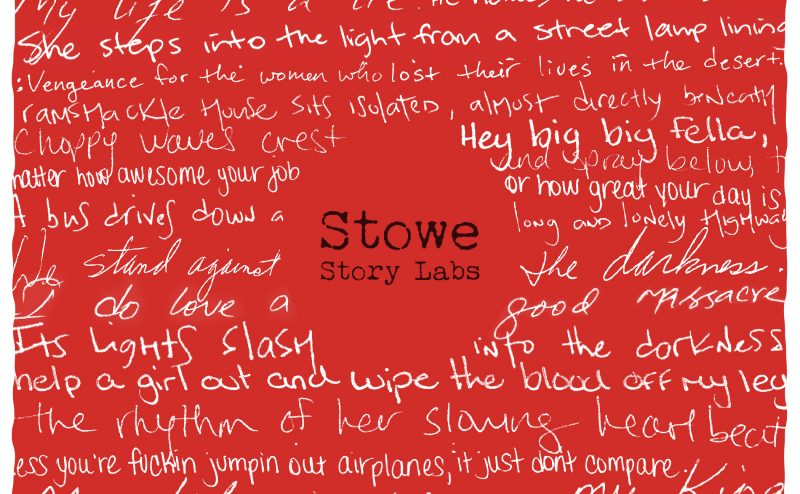 Now in their fifth year of partnership, NewEnglandFilm.com and Stowe Story Labs works together to bring Writer/Director Wade Wofford to the 2018 Labs for his project Urban Ed, which follows five students of a small charter school in the inner city as the school closes in the middle of the school year. 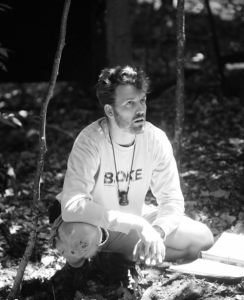 Stowe Story Labs is pleased to announce the recipient of the 2018 NewEnglandFilm.com Fellowship is Wade Wofford (Urban Ed). Honorable mentions are made for Angel Nunez (Ameriqueño) and Dr. Sarah Zeiser (Aquitaine). All three hale from Massachusetts.

Wofford’s Urban Ed follows five students of a small charter school in the inner city as the school closes in the middle of the school year. An Atlanta native, Wofford now writes out of Northampton, MA. A graduate of LA Film School, the University of Georgia’s Drama Department, and the Meisner School of Acting, he has worked on independent and full-budget TV and film productions in Massachusetts, New York, and Los Angeles.

In 2006, Wofford started his first production company—Dedalus Films—and in 2011, his second—Happy Wasteland Studios—with two partners. He has since self-financed and produced two feature films while working a full-time job as a teacher. His first feature as a writer/director/producer, Perception, was shot for $20k, and won the Royal Reel Award in Filmmaking and Best Drama at Hollywood’s DIYFilmFest. His second film, The Answer, was shot on location in central Vermont and won the Rising Star Award at Canada International Film Festival. Most recently, he was Director of Photography on Heroes Don’t Come Home, and won Best-SciFi Screenplay at Nashville Film Festival for The Southerland School. 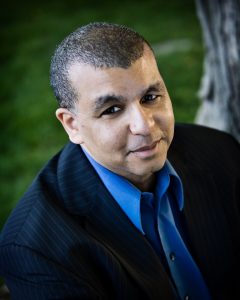 Nunez’s script Ameriqueño follows a Puerto Rican family as it struggles after a devastating loss to build a new life in 1960s New York City. Nunez is a playwright, screenwriter and filmmaker from the Boston area. His diverse cultural background informs his work. Angel earned an MFA in Creative Writing from Lesley University in 2010. See more about him and his work on his website.

Zeiser’s script Aquitaine is about famed 12th-century French queen Eleanor of Aquitaine, who fights for her place in a marriage and kingdoms that seek to control her, yet she forges her own path to eventually control them.  Zeiser has a BA in Medieval Studies from Smith College and an AM and PhD in Celtic Languages & Literatures and Medieval Studies from Harvard University, where she is currently an Associate of the Department of Celtic. She works as a Project Manager and Special Assistant to the Dean of Arts & Humanities at Harvard. 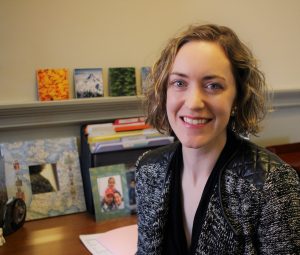 Zeiser has been writing creatively since childhood, and was drawn to screenwriting as a medium through which to envision the lives and events of the medieval period. She has had a working draft ofAquitaine on a burner since she was 16 (a feature-length version of the story was a Semi-Finalist in the 2007 PAGE Awards). In addition to that passion project, she has written several contemporary short stories and a feature-length script. Her stories—whether medieval or modern—are dramas focused on complex relationships between imperfect persons who struggle with expectation, responsibility, and the realities of disappointment.

This is the fifth year Stowe Story Labs and NewEnglandFilm.com have partnered to offer a fellowship for a New England writer, filmmaker, or producer to the Labs, and this year’s applicants showed tremendous talent and presented great stories.

“Collaborating with Stowe Story Labs is a wonderful way to support New England writers, directors and producers. The Labs continue to become more competitive, and we are excited to offer Wade this year’s fellowship for his project Urban Ed, which offers a thought-provoking look at education in America,” said Michele Meek, Founder and Publisher of NewEnglandFilm.com.

“I am so pleased to recognize these three writers,” said David Rocchio, President and Founder of the Labs. “It was a very, very difficult process. We were presented with so much tremendous work. We feel these three projects represent some of the breadth of what is being created in New England. From what we are seeing, our region is a hot-bed of fantastic work, and partnering with NewEnglandFilm.com to find these writers is a wonderful partnership. Thank you, Michele!”

The NewEnglandFilm.com Fellow receives full sponsorship for the Labs, and honorable mentions receive funding towards Lab attendance. To learn more about the Stowe Story Labs in Vermont and to apply for future Labs and Fellowships, see https://stowestorylabs.org/.