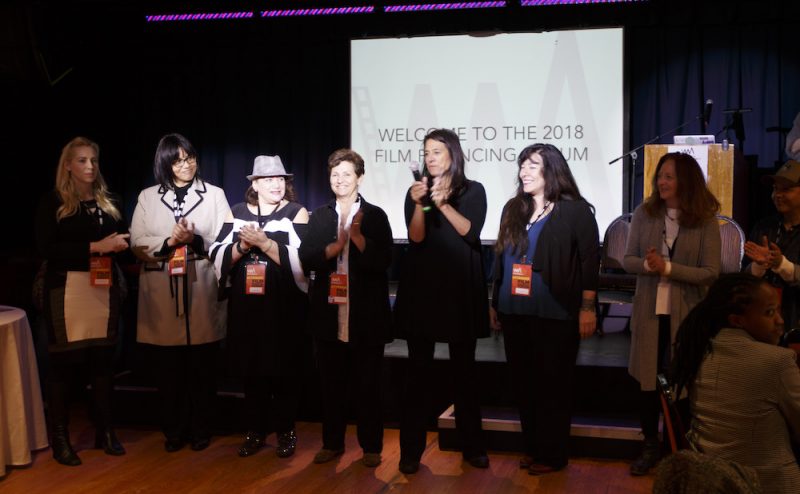 The women behind the Summit. Photo credit: Glyne M. Pease

Now in its second year, the Women’s Media Summit taking place in Provincetown, Massachusetts brought together filmmakers, scholars, funders, lawmakers, and industry leaders to work on rectifying imbalances of underrepresented groups in Hollywood and honing strategies for financing and making films.

Last year, founded by Maria Giese and Christine Walker, the inaugural Summit resulted in a white paper and the formation of seven committees, led by the Women’s Media Action Coalition (WeMAC), each of which focuses on a proposed goal related to pursuing gender equity in Hollywood. 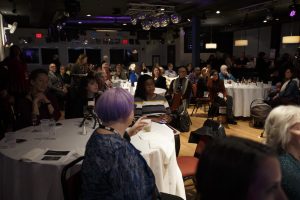 In 2018, the next Summit built upon that foundation. “The think-tank groups brainstormed ways to invigorate WeMAC’s committees including marketing, funding, legal action, tax credits, and consumer activism,” says Giese, who has spent several years advocating for equity in Hollywood through her activism in the DGA and with the ACLU and EEOC. “We are now very excited to be actively forging ahead in pursuit of these objectives. Anyone who would like to participate on one of the committees can reach out to me at aegisfilms@earthlink.net to connect with committee chairs.”

The purpose of the Summit emerged directly from Giese’s work on gender equity in Hollywood. “Since the EEOC must function in confidentiality, I was looking for ways to keep the conversation in the hands of American women,” Giese says. “How could we make sure the issue didn’t erode? How could we be sure gender equality in Hollywood as a civil rights issue really does get moved into Washington DC? And how can we make sure Hollywood doesn’t control the narrative for its own purposes?”

This year’s keynote speeches by Dr. Stacy Smith and April Reign focused on the gender and race imbalances in Hollywood. Smith’s research for the Geena Davis Institute on Gender in Media and Sundance Institute and Women in Film has led to abundant media attention on the subject, and Reign’s #oscarssowhite movement directly led to more women and minorities in the Academy and emphasized the continual snubbing of underrepresented groups in mainstream Hollywood productions and awards.

The Summit featured Massachusetts Film Office Director Lisa Strout’s discussion of navigating tax credits, as well as a compelling podcast interview (the first episode of the WhiteWoke Podcast) between Dr. Kathleen Tarr and Dr. Caroline Heldman, in which they discussed some of the startling realities of sexual harassment in the entertainment industry (including that 94% of us have been sexually harassed) and what we can do to improve the culture.

Later in the weekend, the Summit culminated in a Film Financing Forum featuring small workshop sessions with funders, producers, and business and industry leaders. The Forum addressed investment and financing strategies for filmmakers—a particularly important issue since it has been identified as one of the key obstacles for female filmmakers.