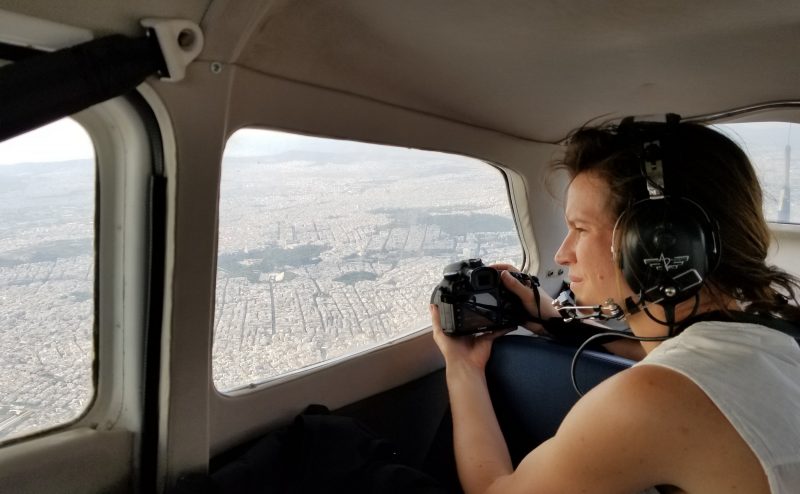 Boston Native Margaret Metzger has been named one of the Diversity in the Edit Room Mentees by the Karen Schmeer Film Editing Fellowship.

This month brings a new Diversity in the Edit Room Program through the Karen Schmeer Film Editing Fellowship, plus buzz from the New England Emmy Awards and calls for films at LEF Foundation and film festivals throughout New England.

The New Haven International Film Festival runs May 3–5. For a list of films and more information, visit the festival website.

Massachusetts Production Coalition hosts its Spring Meeting on May 21 from 6–9 pm. The evening of cocktails and presentations will take place at Boston’s District Hall. Learn more and purchase tickets here.

Author and actor John Hodgman visits Harvard Square on June 1. Harvard Book Store presents a discussion of Hodgman’s book Vacationland, followed by a screening of The Dead Zone; both events will be held at the Brattle Theatre. Learn more and purchase tickets here and here.

The New England Emmy Awards will be held on June 2 at the Marriott Boston Copley Place. The event includes a dinner, reception, and awards ceremony. Learn more and purchase tickets here.

The Karen Schmeer Film Editing Fellowship (KSFEF), the only fellowship for documentary film editors in the U.S., launched a new initiative, Diversity in the Edit Room Program, that is designed to cultivate the careers of emerging assistant editors and editors from diverse backgrounds and experiences working in the documentary field. Learn more about the 29 talented mentees, including Boston native Margaret Metzger, pictured above, who have been selected for this inaugural year.

The 48 Hour Film Project visits New England this summer. Filmmaker teams are encouraged to create a film in one weekend for a chance to screen it locally. The event comes to Boston on May 4, New Haven on July 27, and Providence in July. Learn more at 48hourfilm.com.

Submissions are now open for the Camden International Film Festival for documentary films and the Points North Fellowship. For more information and deadlines, go to pointsnorthinstitute.org.