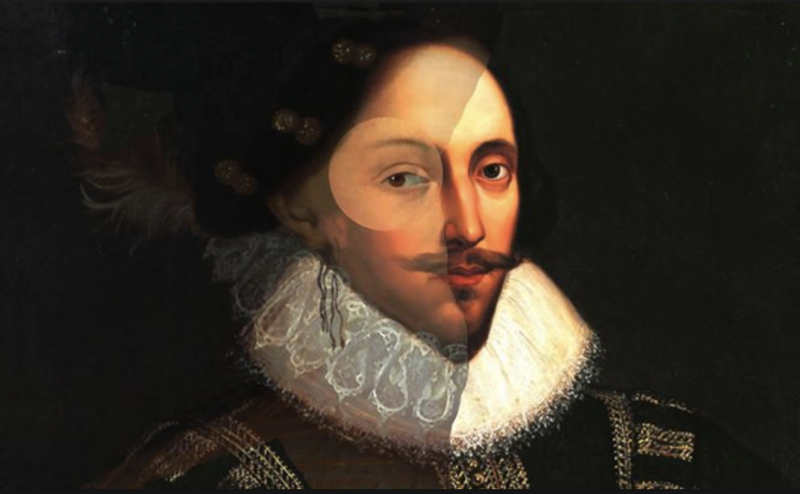 Nothing is Truer Than Truth

An interview with Director Cheryl Eagan-Donovan about her film about Edward de Vere and the Shakespeare authorship controversy.

NewEnglandFilm.com was lucky enough to steal a moment of Cheryl’s time to speak with her about her documentary Nothing is Truer Than Truth that screens this month at IFFBoston and learn what sparked her interest in this subject over a decade ago, and what keeps her going.

Cheryl Eagan-Donovan is a woman who wears many hats: while maintaining a career as a successful documentary filmmaker, Cheryl takes on the role of molding young minds at Lesley University in subjects ranging from screenwriting and cinema to literature. When she’s not making a film or lecturing, you can find her working as a manuscript consultant at GrubStreet, where she works with screenwriters looking to get their work developed or produced.

But most of all, she loves poetry, and she is passionate about Shakespeare and his identity. She speaks with conviction about Edward de Vere as Shakespeare and passionately argues that the themes of Shakespeare’s works are as relevant today as they were at the time they were written. NewEnglandFilm.com was lucky enough to steal a moment of Cheryl’s time to speak with her about her documentary Nothing is Truer Than Truth that screens this month at IFFBoston and learn what sparked her interest in this subject over a decade ago, and what keeps her going.

Suzy Cosgrove: So I hear your film will be at IFFBoston this year?

SC: Just to dive right in, I’d love to hear about how you became passionate enough about the subject [of Shakespeare’s authorship] to pursue it as a feature length film.

Eagan-Donovan: I had studied Shakespeare in high school in my English literature classes and then once I reached my undergrad at Goddard College I took an independent study looking at androgyny in Shakespeare’s plays. It wasn’t until 1997, when I was taking a history class at Harvard University which really focused on using primary, secondary and tertiary sources to understand how we know what we know about history. Don Ostrowski was the professor and he assigned us a paper to explore this idea, and suggested the topic of Shakespeare’s authorship question. In my head I thought, “What question is that?!”, I had never heard of an alternative candidate or of this controversy. The first book I read on the subject was Shakespeare Identified which delves into the qualities which Shakespeare would have had to possess in order to write all those plays (ie knowledge of the law, experience as a lyric poet, etc). The author determines that the most likely person to meet all of these requirements was Edward de Vere, the 17th Earl of Oxford, a well known playwright in his time. His arguments really convinced me. I actually just spoke at the annual Shakespeare Authorship Conference in Chicago on the relationship between De Vere’s early poetry evolving into the voice we know as Shakespeare. As a poet, your voice develops over time and with all the similarities between the two, i’m convinced Edward de Vere is in fact Shakespeare, which was the subject of my lecture at the conference.

I was writing my paper Nothing is Truer than True and simultaneously finishing my first film All Kinds of Girls when the book that I ended up optioning came out. The book outlines de Vere’s life and examines all the parallels between him and Shakespeare and we ended up finalizing the deal at the Shakespeare Authorship Conference in Ashland, Oregon.

Eagan-Donovan: Yes. We started shooting after that point and I’ve been working on it now for about 10 years.

SC: What was the process like getting the book optioned?

Eagan-Donovan: I did an interview about that process with NewEnglandFilm awhile back, but basically, you have to convince the author that you are the right person to make their film, negotiate a fee, and then build in a series of benchmarks of when you’ll make incremental payments to the author and if the film never gets made, the rights reverse to the author. I decided to only focus on two chapters of the book because de Vere’s life was pretty epic! So I focus on the time he spends in Italy because I felt like that’s really when he became Shakespeare. During his year and a half in Venice he’s exposed to all sorts of art and, most importantly, Commedia dell’Arte, which was a form of improv that didn’t exist in England at the time.

But what also interested me, as a writer, was that he was a fascinating character. He was a combination of Dorothy Parker and Jack Sparrow, he was wild, witty and funny and honestly shares a lot of qualities with Shakespeare’s characters.

When you look at de Vere as the author, you have a lot of insight on how his life experiences have informed the work.

SC: The themes in Shakespeare’s work are so universal, I was wondering how those translate for you, how they drive you to tell these stories from the past now and how they are relevant to people now?

Eagan-Donovan: It is really relevant and I’ve been really lucky during the process of making my film, I was able to connect with people like Diane Paulus and speak to her about the Donkey Show which explores the sexuality in A Midsummer Night’s Dream by setting it as a disco experience.

SC: Was it difficult to get people to talk to you about this subject?

Eagan-Donovan: Well it’s a very controversial topic in academia, people’s careers are on the line. Even Diane, in the film, doesn’t ever say she believes it’s de Vere. She knew what the film was about, but she wanted to talk about what she loves about Shakespeare and the idea of sexuality in his work. There are a lot of people doing interesting things looking at the relevance of Shakespeare in today’s world and getting to connect with these people over the course of the filming was fantastic.

For me, the story of Edward de Vere is one I think people should know about and be talking about, and that’s really what drove me.

SC: It sounds like you have a lot of love and appreciation for him as a person who lived an interesting life in his own right as opposed to just being a person who was potentially, or is, Shakespeare that deserves to have his story told.

Eagan-Donovan: A lot of people ask me, “Why don’t you spend at least part of the film explaining why the man from Stratford couldn’t have been Shakespeare?” and my answer to that is, there are a lot of films that already do that. My approach is, let me show you the evidence and see if you agree. I didn’t want to enter the debate of who it was, I just wanted to say this is Edward de Vere, these are the parallels and if you take a look at those connections then you’ll at least look at things differently.

SC: So what is next for your film? I know it’s premiering at IFFBoston, what’s after that?

Eagan-Donovan: We’re going to do a short art house run, we have an invitation to screen at a theatre in upstate New York as well as invitations to screen at universities and libraries. I made it with the intent of it being broadcast and i’m committed to going and speaking with students in both college and high school.