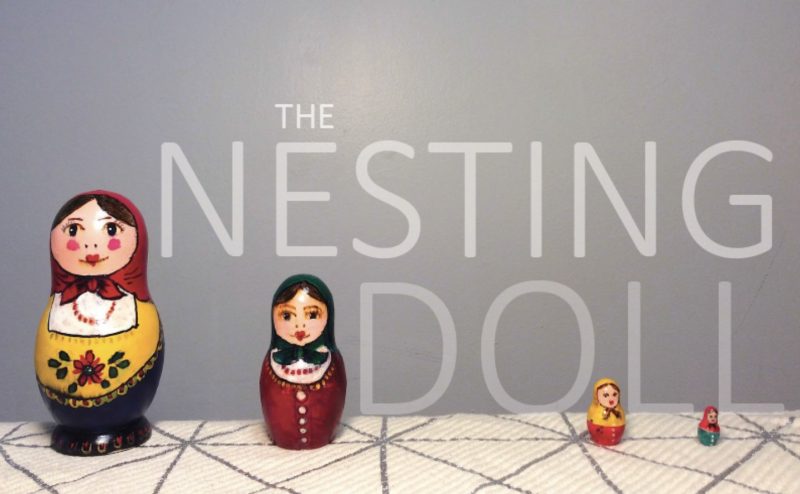 Director, Screenwriter, and Production Designer Jeffrey Palmer is fundraising for his new short film The Nesting Doll, about one family’s story about memory loss and memory lane. This passionate story shows the love and care one family has for one another while going through strains and struggles that come along with a single aging parent with Alzheimer’s. The film features four New England Film actors—Rob DiNinni, Johnny Halloran, Katherine Sterling, and Kristen Salpini. William DiNinni and Halloran play the two adult brothers who reunite back at the home that they grew up in to transition their elderly mother, Eleanor, into a care unit for aging seniors. When their mother cannot find a missing nesting doll from a hand-painted heirloom set, it triggers the two brothers to search for an old time capsule they once buried when they were young kids. The film highlights the struggle of caring for an aging single parent while also showing how siblings find a common ground to move forward with a sense of healing and hope.

The production for The Nesting Doll took place in May of 2017 and was officially completed in January of 2018. It won first place for the Fleder-Rosenberg Screenplay Competition in 2017. Now that the film is officially finished, Palmer is trying to promote and market his short film with hopes in receiving help and contributions from his fellow film friends/ supporters. The goal is to get this short film to be shared at film festivals. To anyone who contributes, no matter what the amount is, Jeffrey Palmer will send a private link to access this particular film digitally at home to watch.

Palmer is passionate about his work and wants it to be shared and viewed with people that share the same passion as him. His work has been called “directed with heart” and “a home run every time.” For more information or to fund the campaign, see https://www.gofundme.com/thenestingdoll, or contact him directly at jeffreybpalmer@gmail.com.