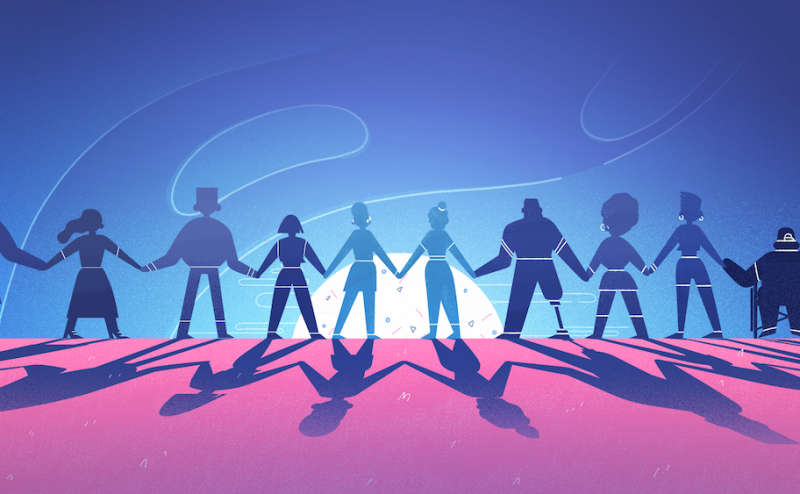 Untapped Stories: A Conversation with Macaela Vandermost of Newfangled Studios about their new video series about inclusion in advertising.

Macaela Vandermost of Newfangled Studios speaks about their new video series about inclusion in advertising.

It was a blustery night on a Tuesday in New England, but that didn’t seem to stop the crowd from traversing through the snow to attend the monthly AniMAtic Boston meeting at Arts at the Armory, where Macaela Vandermost was slated to discuss her journey as a Creative Director and Founder of Newfangled Studios and their latest brainchild, the Untapped Series.

Originally hailing from Middleboro, Massachusetts, Macaela worked her way through the production world quickly as an editor and producer, building up a rolodex of clients until she was able to strike out on her own as the Founder and and Creative Director of NewFangled Studios in 2008.

As her studio and her confidence grew, Macaela began to realize the opportunities she had to make an impact on the community that she works in, a community largely still influenced solely by white men. Thus, the concept for Untapped was born. A series of videos aimed at getting to the root of the lack of inclusion in the advertising industry, Untapped is a documentary passion project incorporating live action interviews with animation.

In a follow up interview to the AniMAtic Boston event, Macaela described to me an experience early in her career that provides inspiration to uphold the mission statement of the Untapped project, and how her bystander days are over.

“Several years ago, I was asked to be interviewed for a video we were producing for a major brand. They just wanted me as an extra ‘man on the street’ interview about how people view healthy eating. Later, they asked me to edit myself out of the video, because I mentioned my wife. The client was apologetic, and said they weren’t homophobic, but was afraid of how others would react. I didn’t stick up for myself and edited myself out of the video. I spent a few hours crying in a bathroom stall that day,” she said.

“Since then,” she continued, “I’ve become much more confident in my ability to stand up for inclusion. It still happens all the time, and I’ve learned that, for the most part, people back down pretty easily when you point it out. Recently we cast gay, bi-racial dads in a spot for a major brand. The initial feedback from the client was to change the casting as to not ‘ruffle feathers.’ I responded by saying that the gay population is part of their customer base, and if we want LGBT support we better include them. I also pointed out that the brand does a lot of talking about diversity and inclusion, so they should walk the walk as well. The client immediately backed down. The client even sent me an email later thanking me for pushing them to be more inclusive.

“Clients are just people and most of them are good people. I just try to remember that, and it gives me the courage to speak up.”

After sharing this story, Macaela made the overwhelming, but entirely truthful observation that there are many forms of inclusion left to speak about. Including, but not limited to, the under-represented cultures in media and virtually non-existent representation of wheelchair users or those celebrating a holiday other than Christmas, the list goes on. And so will Untapped.

Macaela not only talks the talk on the subject of inclusion, but walks the walk. When I approached her about this article, she made sure to make it clear she wanted her whole team represented, who were more than happy to oblige speaking on a project clearly so important to them. Newfangled’s Cory Fanjoy, the illustrator for this project, describes his motivation behind his work and the weight of the responsibility they are undertaking:

“Having your work stand for something is something I think most artists strive for…I think we all understood the importance of the work we were making, and that served as fuel through the long process of producing the short. At the end of the day, if we could make something that had the ability to start a conversation, we achieved our goal, and that was pretty motivating.”

Fanjoy’s thoughts are echoed by the rest of the team, including the composer, Raul, and animators Mike Bernard and Fred Kennedy. Excited to collaborate on a passion project, Kennedy describes the process of getting to the finished product and what it was like to face some of these uncomfortable realizations about the industry head on:

“I found the script writing process for Untapped very interesting. It shares some very personal struggles that have deepened my understanding of my boss, Macaela. It tackles some uncomfortable observations about an industry that definitely needs to make some changes – an industry that we exist in, and must work beside. There are some understandably charged feelings here.

“When you write a script that tries to encompass this kind of stuff, tone can be tough, especially when collaborating as a studio. There are so many ways you can put these ideas down on a page, and for us, we went through many iterations to try to get a feel that we were all happy with. The challenges we faced landing on the final language, to me, really illustrate how important the crafting of a piece is, no matter what the overall message may be. If you want to be effective in communication to a broad audience, you need to be mindful of where those people come from.”

Despite the fact that collaborative processes are often longer in production, and passion projects ignite certain feelings for people, the Newfangled team is ready to face these challenges head on and continue telling the stories of their peers in the advertising industry in hopes to start conversations that will lead to change. So far, Untapped has dropped three videos which can be found on the Newfangled website as well as YouTube. Plans for the project for now include a microsite, but hopefully, while the project grows, so will the web of resources to take it to the next level.

I, for one, am excited to see where Vandermost takes this initiative, and to witness its success. Afterall, in her own words: “I think a lot of people have had experiences where they felt powerless to defend themselves or another group of people. This series gives them a voice. It gives them power. Who wouldn’t want that?”

I sure do. And I know plenty of people would say the same.

Arts at the Armory is located at 191 Highland Ave, Somerville, MA 02143. To find out about other events and going ons at the venue, please visit: http://artsatthearmory.org.

AniMAtic Boston is a once a month meetup that brings together local animation talent for mingling, listening to special guests and talking about what inspires them. To find out more, please visit: https://www.animaticboston.com.