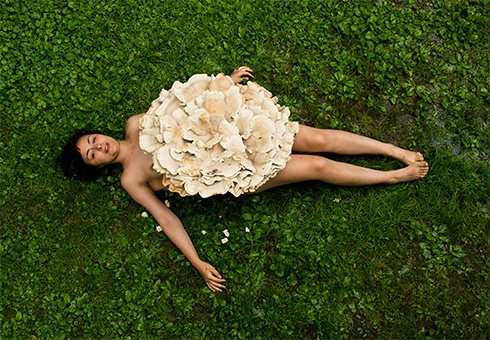 Check out the Salem Film Fest March 22–29 in Salem and Beverly, Massachusetts. The festival celebrates documentaries from around the world; special events include opening and closing night parties and a college shorts showcase. Learn more at salemfilmfest.com. NewEnglandFilm.com Founder Michele Meek will moderate the festival’s annual Doc-a-chusetts Pitch at Salem Film Fest on Saturday March 24 at 10 am.

Check out the WCRB Classical Cartoon Film Festival on March 24 from 10–4 at Boston Symphony Hall. Families are welcome to enjoy Warner Bros. cartoons accompanied by live classical music, and appearances by PBS characters. For tickets and more information, click here.

Boston hosts the ReelAbilities Film Festival March 21–29. The festival celebrates films by and about people with disabilities; screening venues include the Museum of Science, Emerson College, and the Cambridge Public Library. Learn more at boston.reelabilitieslegacy.org. 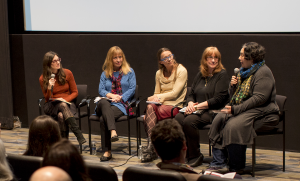 In honor of our 20th Anniversary, NewEnglandFilm.com hosted a panel discussion Stepping Up Your Film Career. Read more about it or watch the video of the panel.
Photo by Chris Bernstein/CDBphotos.com

NewEnglandFilm.com recently celebrated 20 years with a panel discussion at Emerson College. The panel was moderated by the site’s founder Michele Meek and featured Genine Tillotson, Clemence Taillandier, Cirina Catania, and Nancy Campbell. Read more and watch a video of the discussion here.

Hulu has released a trailer for its upcoming series Castle Rock. Based on the work of Stephen King, the show is set in Maine and was filmed in Massachusetts. Check out the trailer here.

Submit now to the Nantucket Film Festival. Withoutabox extended deadline depending on categories is either February 16 or March 12. Learn more here.

Applications for the sixth-annual Stowe Story Labs, held in Vermont, opened on February 1. The Labs help top emerging screenwriters, filmmakers, and creative producers get work made and seen, providing participants with four days of small group workshops with industry mentors, peer-to-peer collaborative groups, industry panels, skill and craft workshops, and business related informational sessions that explore new approaches to producing, financing, and distributing work. NewEnglandFilm.com community can receive a 15% off the early bird submission fee of $40 with the code NEFSSL, and all New England-based filmmakers, writers, and producers can be considered for a NewEnglandFilm.com Fellowship to the Labs. For more information and to apply, click here.