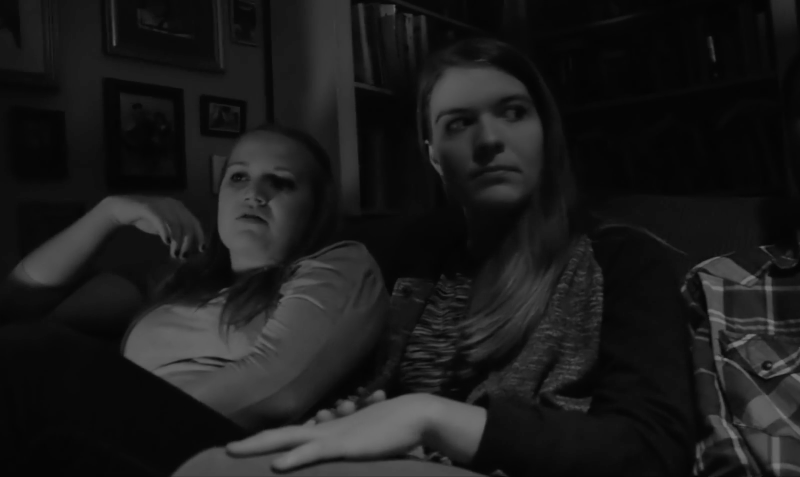 A still from Ryan Weed's What My Friends Do on a Saturday Night.

2017 Festival Interview: What My Friends Do on a Saturday Night

A conversation with Ryan Weed, director of What My Friends Do on a Saturday Night.

Screening through October 15 as part of the 2017 Online New England Film Festival, What My Friends Do on a Saturday Night is a parody of Game of Thrones viewing parties, which uses complicated relationships and intricate party etiquette to fashion comedic situations. In this interview with NewEnglandFilm.com, the short’s director, Ryan Weed, enlightens us on the inspiration for his short and on what pushed him to pursue film.

We all know those friends—the ones that take their favorite television shows way too seriously. They talk about them obsessively, constantly compare them to their source material (if there is any), and get angry at people who talk or interrupt the viewing experience in any way. One of those fans, Tyler, is at the center of Ryan Weed’s comedic short What My Friends Do on a Saturday Night, which mocks Game of Thrones viewing parties with a glimpse into Tyler’s worst nightmare—a season finale marred by a series of mishaps and drama despite his best attempts to avoid them.

Originally screened at the 2017 Maine International Film Festival, What My Friends Do on a Saturday Night is now screening through October 15 as part of the 2017 Online New England Film Festival. In the following interview with NewEnglandFilm.com, Weed discusses how his lack of drawing prowess led him to study filmmaking, about how comedies of the ’90s and early ’00s inspired his film, and about his advice for aspiring filmmakers.

NEFilm: How has film been a part of your life?

Weed: I’ve always like watching movies and seeing the behind-the-scenes features to see how they were made. In middle school and high school, I wanted to be an animator but I couldn’t draw too well, so I took video production classes which pushed me in the film direction. For college, I went to Southern Maine Community College and the University of Southern Maine, where I took more production classes which helped me better understand how to make a film. While in school I had film gear, so I made shorts with my friends and I really enjoyed the experience of working with people who also get excited about making something creative.

NEFilm: Where did you find the inspiration for What My Friends Do on a Saturday Night?

Weed: I had been wanting to make a teen comedy reminiscent of films that came out in the late ’90s and early ’00s like Mallrats, American Pie, and Super Bad, but I couldn’t really crack an idea. The story itself happened when my co-writer, John Rocker and I were watching Game of Thrones and I left my phone in my car, so I ran out to get it so I wouldn’t miss the show.

NEFilm: How did you find the cast and crew for this film?

Weed: The cast and crew I had worked with together on a previous film I had made called Before I Was Young. I met them in college and we had all become friends. The cast was mostly theater majors, so they had experience acting.

NEFilm: Where else have you showed the film?

Weed: I screened the film at the 2017 Maine International Film Festival.

NEFilm: What advice would you share with aspiring filmmakers?

Weed: With film gear getting inexpensive, there’s nothing really stopping you from making films. As long as you have people who want to act and a story, you can make it. When working with actors, get to know them and let them have fun while filming; it helps everyone on the crew relax and really enjoy the whole process.  Also, collaborating and getting other people’s ideas can help make scenes work better.

Watch What My Friends Do on a Saturday Night on NewEnglandFilm.com through October 15 as part of the 2017 Online New England Film Festival.