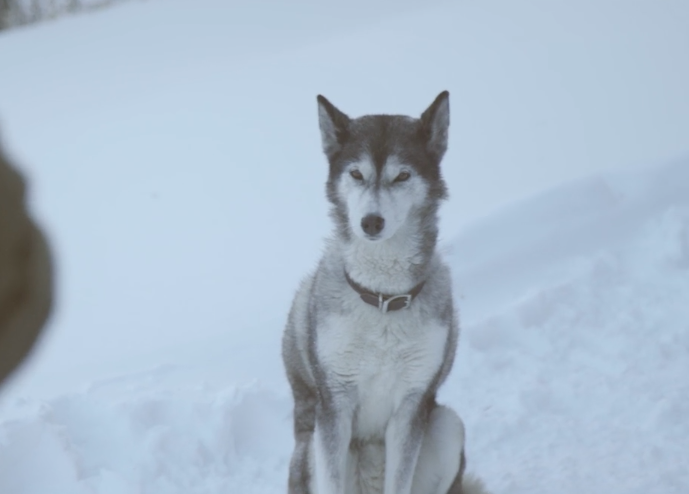 Director Ben Silberfarb chats about his film Fire - the second installment in a trilogy of shorts inspired by the outdoors.

Screening through October 15 as part of the 2017 Online New England Film Festival and based on a short story, the short film Fire is a story where the cold of winter becomes a threat to the protagonist. In this interview with NewEnglandFilm.com, the film’s director, Ben Silberfarb talks about the trilogy of films about the outdoors he’s working on and he provides insight on how he came to own his own production company, SILBERFARB-FILMS.

Generally in New England you can deal with the cold, harsh winters by retreating indoors, but what if you were stuck outside in the elements with minimal supplies? That very dilemma is the basis for Ben Silberfarb’s short film Fire, a modern adaptation of Jack London’s classic short story, “To Build A Fire.” On a cold winter morning, Ed heads to camp with his faithful Siberian Husky companion. Unfortunately, things don’t go well, and the elements become a nemesis for Ed, threatening his survival, as a series of mishaps continue to make his situation increasingly more precarious.

Originally screened at Green Mountain Film Festival in Vermont and The New Hampshire Film Festival, the film is playing through October 15 as part of the 2017 Online New England Film Festival. In following interview with NewEnglandFilm.com, the film’s director Ben Silberfarb talks about the trilogy of films about the outdoors he’s working on and provides insight into the work he does with his production company SILBERFARB-FILMS.

NEFilm: When did you know you wanted to pursue film?

Silberfarb: I became interested in film in high school and followed that interest through college. However, I took a break from film production to pursue interests in conservation and the outdoors for approximately 17 years before coming back to film with the launch of my own production company in 2008. SILBERFARB-FILMS works with corporate and other creative clients to produce visual promotional material, documentaries, adverts and other pieces. In my spare time I write, develop and produce passion projects like Fire—mostly about the outdoors.

NEFilm: What was your inspiration for Fire?

Silberfarb: Fire is the second film in a three part trilogy of shorts inspired by the outdoors. It is based on Jack London’s short story, “To Build A Fire.”

NEFilm: When can we expect the third part?

Silberfarb: This July I finished shooting the final short. I will begin editing over the coming fall and winter in hopes to have it ready by spring 2018!

NEFilm: Where has the Fire been shown?

NEFilm: How did you find the cast for this film?

Silberfarb: Because I own a small production company, I am lucky enough to have a good network for recruiting a crew. Cast are recruited via contacts within the local and regional theater network as well as regional colleges.

Watch Fire on NewEnglandFilm.com through October 15 as part of the 2017 Online New England Film Festival.