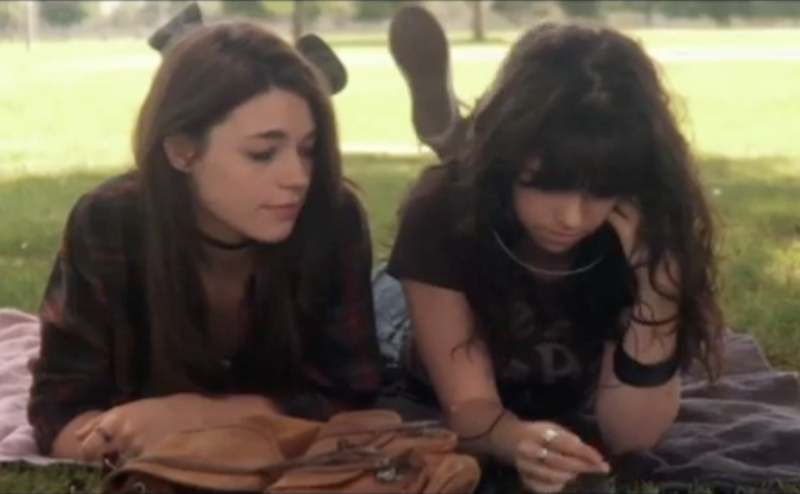 An interview with Melissa Bruno about the depiction of female friendship in her film Winter Hill.

Melissa Bruno offers viewers a rare look at female friendship in a working-class neighborhood with her film Winter Hill, which is screening through October 15 as part of the 2017 Online New England Film Festival. In this interview, she talks about how she got into filmmaking, about why she decided to tell this story, and about why New England Film was a key resource for her when making her film.

Melissa Bruno felt like stories of female friendship, especially those that take place in less affluent neighborhoods, were a rare thing in cinema—so the Boston-raised filmmaker decided to remedy that by creating Winter Hill—a coming-of-age story about the tenuous friendship between two adolescent girls, growing up in a Boston-area working class neighborhood during the early ’90s.

Screened at the Massachusetts Independent Film Festival, Winter Hill, is now playing through October 15 as part of the 2017 Online New England Film Festival. In this interview with NewEnglandFilm.com, Bruno reveals how she got into filmmaking, why she wanted to tell this story, and why New England Film was a key resource for her in the filmmaking process.

NEFilm: When did you discover your passion for filmmaking?

Bruno: I wanted to be a filmmaker since the age of 16. I was interested in writing and photography and I loved how film beautifully combined the two mediums. I went to Mass College of Art and studied film and video as an undergrad. I later went on to get an MFA in film from San Francisco State University.

NEFilm: What inspired you to make Winter Hill?

Bruno: In my work, I like to feature films that are centered around relationships and I was inspired by the friendships I had as a teenager. I felt that I rarely saw films about young female friendships, especially ones set in poorer neighborhoods.

NEFilm: Where has Winter Hill been shown?

NEFilm: How did you find the cast and crew for the film?

Bruno: I actually found a lot of my cast through NewEnglandFilm.com. It’s a great resource and certainly helped a lot especially since at the time I hadn’t lived in MA for about three years and didn’t have many contacts.

NEFilm: What is up next for you?

Bruno: I just finished a short film set in DC called Cab Ride. It’s about two strangers connecting while sharing a cab. On the surface, the film is about connections people have everyday with strangers and underlying, I wanted to highlight the gentrification that is occurring throughout DC (and many other cities).

NEFilm: What advice do you have for aspiring filmmakers?

Bruno: Keep making work even if it gets rejected by festivals. It’s all a learning experience.

Watch Winter Hill on NewEnglandFilm.com through October 15 as part of the 2017 Online New England Film Festival.